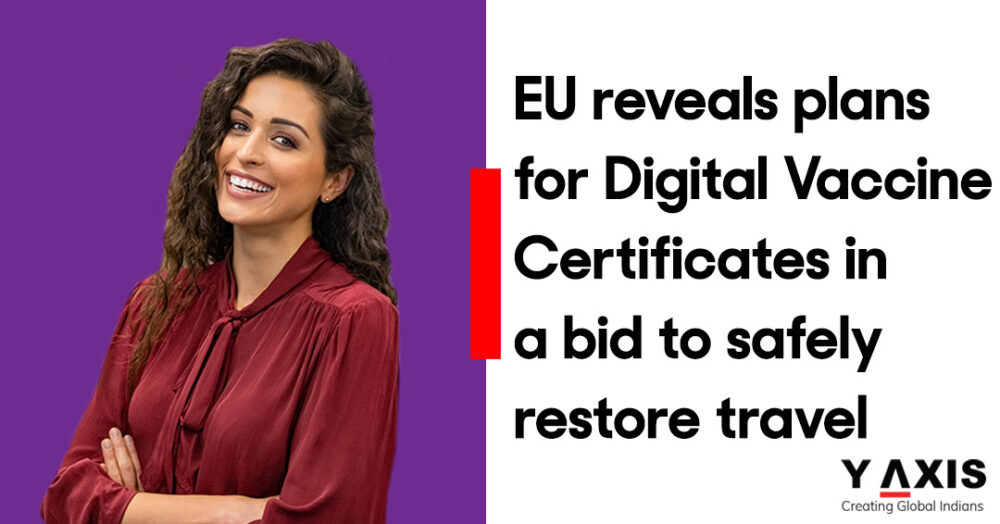 The European Union or EU is mulling over a proposal to issue a digital green pass to individuals who are free from COVID-19 and wish to travel to Europe for business or tourism purposes.

This was hinted in a tweet by EU president Ursula von der Leyen, who said these passes will be similar to the vaccine certificates already being issued by several European nations.

The Digital Green Pass would give information on whether the pass holder has been vaccinated, and if not have results of his COVID-19 test that the individual had taken before travelling to his destination country.

It will also include information on whether the person has recovered from the infection previously or not.

The tweet also hinted that the pass will take at least three months to be launched to be used by European nations.

The EU plans to launch a COVID-19 certificate system for those who have taken the vaccine. Many European countries including Greece, Denmark. Estonia, Iceland, Spain, Portugal, Cyprus, Poland, and Sweden have already started issuing these certificates.

Right now, it is mandatory for travelers to European countries to take a COVID test before entering any EU nation.

Many countries in the European Union have been affected by the pandemic outbreak and are keen on taking measures to control the pandemic.

The European Union is trying its best to avoid the risk of having incoming travelers with the virus coming into their countries. These measures are attempts towards preventing this.