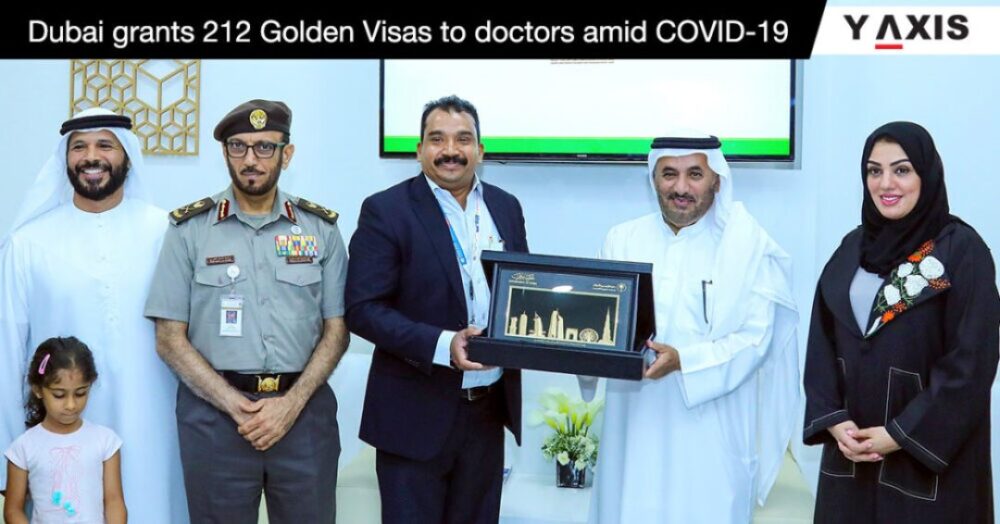 As per a News Release by the Media Office of the Government of Dubai, the “Vice President and Prime Minister of the UAE and Ruler of Dubai His Highness Sheikh Mohammed bin Rashid Al Maktoum has issued directives to grant 10-year Golden Visas to 212 doctors of various specializations working for the Dubai Health Authority [DHA] as a token of appreciation for their efforts in the fight against COVID-19 and their selfless dedication to caring for infected patients.”

Sheikh Mohammad has expressed his appreciation for the efforts put in by the nursing, administrative, and medical staff all over the UAE. As per Sheikh Mohammad, these combined efforts have been the key to the containment of COVID-19 along with providing the highest level of healthcare.

Thanking Sheikh Mohammed on behalf of the doctors, the Director-General of the Dubai Health Authority His Excellency Humaid Al Qutami has said that this gesture will further boost the morale of the medical personnel in the country.

Al Qutami has praised the efforts of doctors, many of whom are expatriates, in helping control the COVID-19 pandemic. Further, he offered congratulations to doctors that were granted the Golden Visa along with expressing his gratitude for their efforts on the frontlines in the fight against COVID-19.

Moreover, visas have been extended in view of the COVID-19 and travel restrictions. As per a May 13 tweet by #UAEGov, “As per the directives of UAE President, His Highness Sheikh Khalifa bin Zayed Al Nahyan, holders of both residency and visit visas that expired in early March are exempted from fines. They have a three-month grace period to depart UAE starting May 18th.”