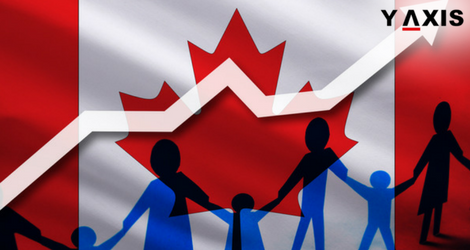 Canada has been ranked as the 4th Most Accepting Nation for immigrants in the world as per the latest Gallup study. Canada has secured 8.14 out of the 9 in the Migrant Acceptance Index that placed it on the 4th rank out of 140 nations. This was in terms how accepting the native populations are for immigrants.

The first rank was secured by Iceland followed by New Zealand at the second place and Rwanda at the third place. The index was created to assess the acceptance of immigrants by people said, Gallup. It is based on what Gallup terms as ‘enhancing degrees of proximity’.

The respondents were asked three questions. Whether immigrants are residing in their nation, are becoming their neighbors and are marrying into their homes. They were then asked to respond to these questions in 2 options – good or bad, as quoted by the CIC News.

The score secured by Canada was based on the replies of 2,000 Canada nationals aged 15 years and above. The survey was held between 10 August and 29 November. The US secured the 9th rank on the Migrant Acceptance Index securing 7.86.

The MAI by Gallup is on lines of the recent study by Environics Institute. The study had found that majority of nationals of Canada are positive about immigration.

Anita Pugliese, Julie Ray, and Neli Esipova the 3 researchers of Gallup said that nationals of both the US and Canada continue to remain the most acceptable for immigrants in the world.  But they also added that political fault lines are largely followed when it comes to acceptance in both the nations.

The Canadian government continues to embrace the past tradition while the US government is distancing itself from the same, said the researchers.