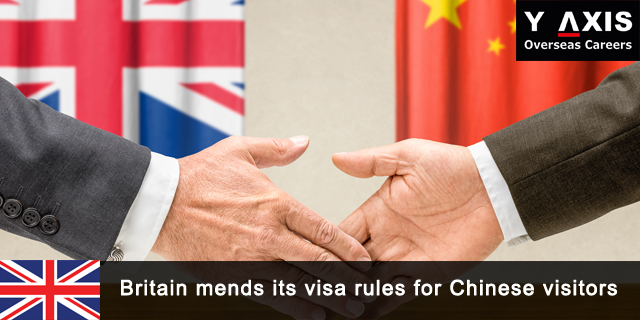 President Xi Jinping’s visit to the United Kingdom brought out some great news for those Chinese citizens who have been waiting take a tour of the nation. On the occasion of the visit of the Chinese President, it was announced by the British government that the six months visit visa, will now be transformed to a two year multiple entry visa.

It means that once an applicant receives a British visit visa, he or she can visit the country any number of times in two years without taking the trouble of new paperwork each time. The spokeswoman of Prime Minister David Cameron has been able to identify the main factors that compel the Chinese to come to UK.

According to her these reasons include Britain’s culture, heritage and retail. This decision is likely to be implemented in the month of January next year. Plans are also being made to increase this provision to a 10 year multiple entry visa. It has been estimated  over time that two thirds of the luxury purchases that the Chinese population make, are in many countries around the world.

The most popular destinations that the Chinese like to shop at include  Paris, Milan, London, New York and Tokyo. Now the question is- why the Chinese choose these countries to make their luxury purchase? The answer to this question lies in the fact that the cost of these things is way too less than their price in China.

An increase in the number of Chinese tourists to the UK has been observed over the five years that have passed. The increase is as significant as 185,000 visitors in the year 2014. The major intention behind opening up to Chinese tourists is the fact that they contribute a huge amount of US$770 to the British economy every year.