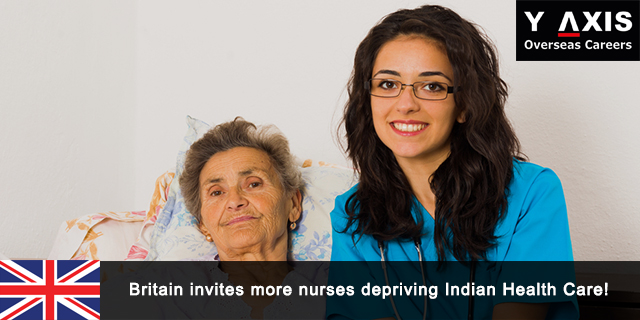 Britain has made its immigration policy flexible, allowing nurses from all over the world to come and fill vacant positions in their country. This they are doing by putting nursing profession in the shortage occupation list and by reducing the minimum threshold salary for the people in this category. It means that the 30,000 nurses including Indians, will be staying back in UK.

The change has attracted many of the men and women in this profession to go to the country, depriving India of the nurses that she requires. Earlier, according to the National Health Services [NHS], every person in this profession should fulfill the minimum requirement of £35,000 per year. It is an amount that only a senior nurse can get.

However, now the situation has changed, for the better. There has been a temporary arrangement made in this context. There are going to be some changes in the recruitment process of the nurses coming from outside the European Economic Area. From now on the non EU trained nurses will have their applications processed within a period of 70 days.

It may be cause of celebration for the people looking for a higher pay in the United Kingdom but it has become a cause of concern for India as she is likely to face further shortage in the most important and urgently required profession. If the United Kingdom stuck to its original policy of eliminating foreign nationals, India would have as many as 7,000 of its nurses back and attending to patients in their homeland.

Speaking about the same, additional secretary in India’s health ministry said we must hike the salaries of nurses in India, in order to prevent them from going to the UK. He added that in this case, India will gain while Britain loses.