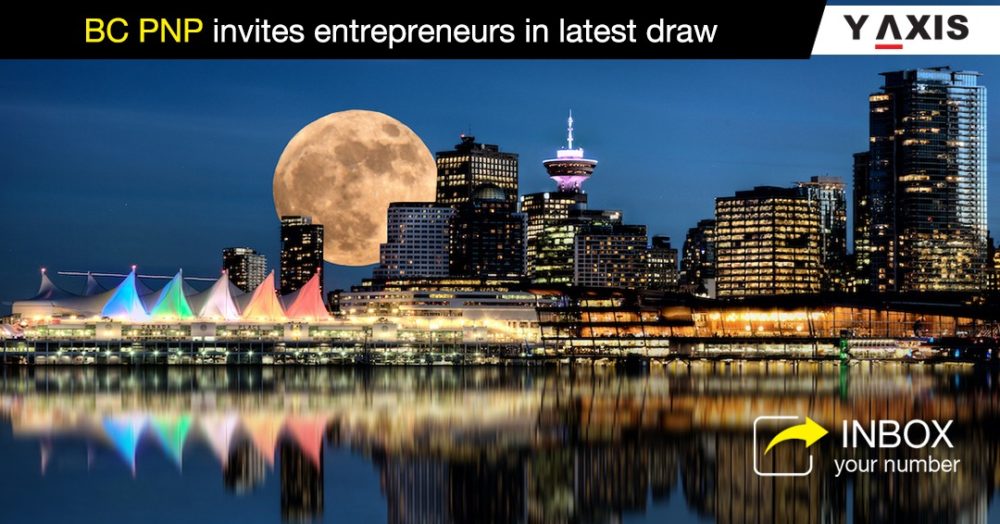 In its latest draw, the province of British Columbia in Canada issued 18 new Invitations to Apply [ITAs] to candidates that had their profiles registered in the Entrepreneur Immigration – Regional Pilot category. The minimum score required in this draw was 107 which is the lowest score requirement for this stream since October 2019.

This is the fifth draw held in 2020 by the BC PNP for Entrepreneur Immigration stream. With this, 62 entrepreneurs invited so far in 2020.

The EI stream under BC PNP is for those experienced businesspeople that are looking for a pathway to Canada immigration and are willing to settle in BC. Along with settling in BC, such entrepreneurs should invest in as well as operate a commercially viable business beneficial to the provincial economy.

These are two separate pathways or categories available under the Entrepreneur Immigration stream. These are –

Launched in 2019, the EI – Regional Pilot was launched with the aim of enabling communities to actively participate in attracting foreign entrepreneurs to the province. Foreign entrepreneurs targeted in this Pilot should have business concepts that are in alignment with the economic priorities of BC.

It is the communities participating in the EI – Regional Pilot that refer the foreign entrepreneurs to the BC PNP.

All candidates are allotted a score upon successful registration. It is the highest-scoring candidates that get an invitation through the monthly invitation rounds. Invitations are issued for submitting a full application to the BC PNP.

As compared to the EI – Base Category, the investment and personal net worth criteria are lesser in EI – Regional Pilot. Thus, lower costs are involved for starting a business and settling in the smaller communities of BC when considered against the costs for setting up a similar business in the urban centres of the province.

2020 starts off as a big year for Express Entry