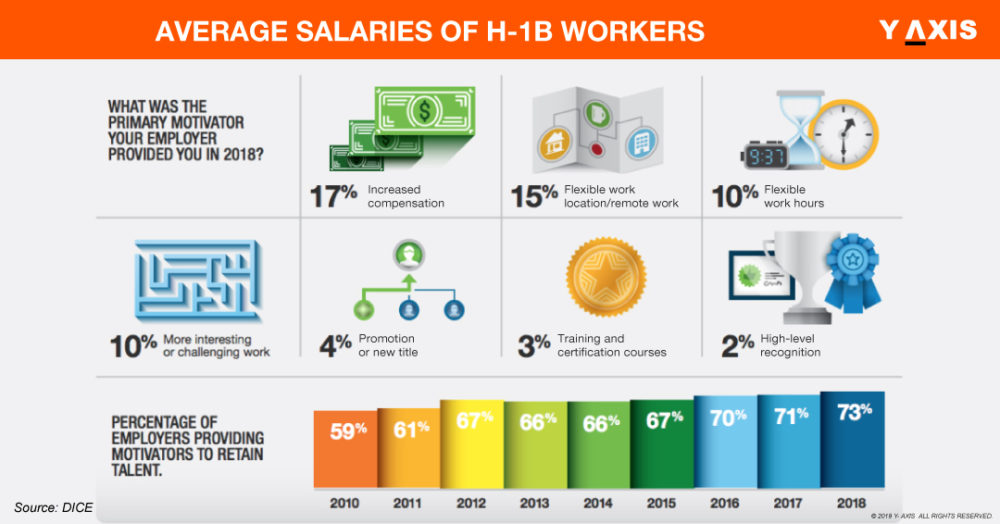 The US government recently released data on the average salaries of H-1B workers. The data reveals that paychecks for H-1B that comprises mostly of tech workers vary between companies. The average salary based on the data is USD 89,779.

Based on this information Dice, an information service website for technology careers conducted a Salary Survey which revealed the average salary for tech workers which includes software developers and jobs that involve higher-level skills to be USD 93,244.

According to the Dice survey the average annual salaries for tech workers remained at USD 93,244. This was 0.6 percent increase from 2017.

Based on this 68 percent of those surveyed expressed a desire to change their jobs for higher salaries.

The survey based on employee responses suggests that tech companies on the other hand were willing to give other perks like training, remote working facilities or flexible schedules instead of paying higher salaries.

Based on the survey findings experts suggest that offering employees opportunities to develop their skills through training can help them find the motivation and interest to do their jobs even if their salaries may not be competitive.