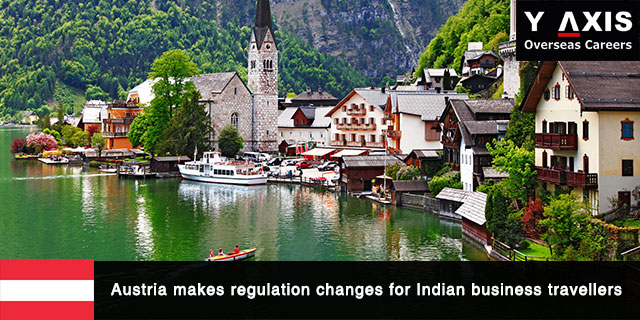 It is a given that country, business and academicians believe that this is an Asian Age in terms of growth and development. The country of Austria, which is a member of the European Union has taken one step further and has decided to introduce a liberalized regime for issue of business visas for investment in Austria, effective from August 1, 2015. In an initial pilot phase, the new regime will be applicable only to India, China, and Indonesia.

Visas to business investors are expected to be issued inside of five working days, and will likewise have long periods of validity. For first time business immigrants to Austria, visas will have a legitimacy of six months, for second time immigrants are allowed a valid visa for three years and for others up to 5 years.

Mr. Karz stated that, “There has been an increase of over 40 percent Indian tourists visiting Austria with 120,000 tourists from India last year. This step will improve the longstanding good relationship with Austria and India, particularly on a people to people level.” A similar statement by Dr. Christoph Leitl, President of the Austrian Federal Economic Chamber, stated that, “Austrian companies are showing interest in exploring sectors like urban infrastructure and transport, smart cities, auto mobiles, defence, telecom, retail and water management in India. Likewise, Indian companies may also derive assured benefits exploring sectors like infrastructure, machinery and equipment’s, renewable energy, small and medium-sized enterprises, vocational training and more in Austria.”

For more news updates on ­­­business visas and immigration options to Austria, subscribe to our newsletter at y-axis.com.