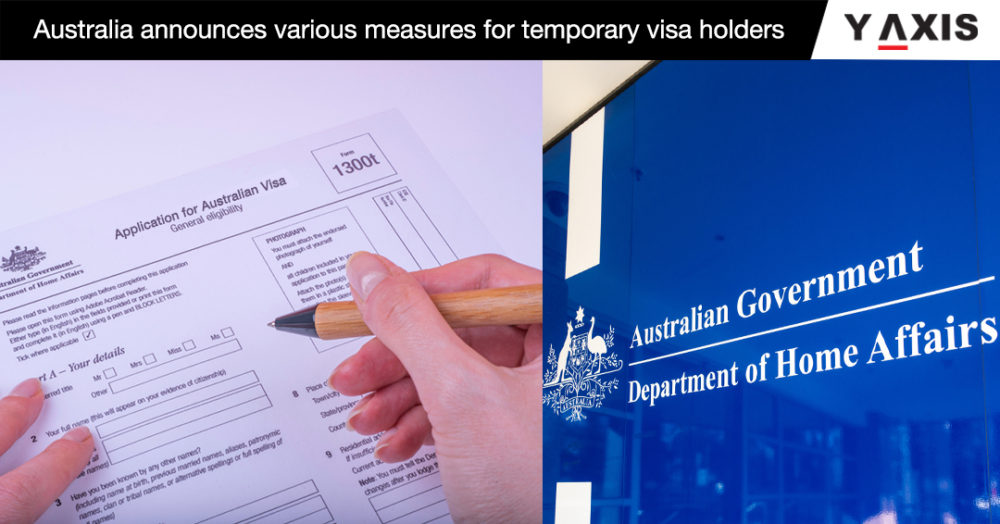 The Australian government has come out with various measures for the major classes of temporary visa holders. An announcement to this effect was made by the Acting Immigration Minister of Australia, Alan Tudge. The announcement includes international students, visitors, and skilled visa holders in Australia.

Those on temporary visas in Australia and unable to support themselves have been asked to “go home”.

On Saturday, the Australian government announced changes that would affect over 2 million people that are on temporary visas in Australia. This includes 570,000 international students.

Relaxation of work restrictions has been announced in order to increase the numbers in industries – such as aged care and nursing – considered critical in times of COVID-19.

Students that have been in Australia for more than 12 months and are facing hardships due to the ongoing situation will be able to access any Australian superannuation that they might be having.

To all other international students, the government suggested that they fend for themselves, relying on family support, savings, and part-time work wherever available.

According to The Sydney Morning Herald, “International students are not eligible for government welfare or for the new JobSeeker and JobKeeper schemes.”

Many universities in Australia have announced assistance for international students. These measures include – special loans, grocery vouchers, hardship funds, and dedicated COVID-19 email and telephone hotlines. Some Australian universities have even reduced the fees.

Education Minister Dan Tehan has said that the government would be working with the universities and the international education sector for finding out “innovative ways to support international students”.

There has also been a call for establishing a national hardship fund for foreign students. The call in this regard has been made by the International Education Association of Australia.

As per Phil Honeywood, the Chief Executive of the International Education Association of Australia, “We can’t take $39 billion a year off those students and not expect to give something back in an unprecedented crisis such as this.”

According to CNN, “Australia has about 139,000 temporary skilled visa holders, who are often invited to fill skills shortages, typically on two-year or four-year visas.”

As per the announcement by Tudge, if such visa holders lose their job, they will have 60 days for finding a new one or leaving the country. There will be no effect on the visa validity of those skilled visa holders that have had their work hours reduced or been stood down due to coronavirus measures.

Additionally, these visa holders will be allowed to access up to $10,000 from their superannuation in the current financial year.

All those on a visitor visa in Australia lasting three months or less have been asked, by the Australian government, to return to their home country “as quickly as possible”.

With various measures being announced by the Australian government in view of the containment of COVID-19, the long-term effect on work overseas in Australia and study abroad in Australia is to be seen.