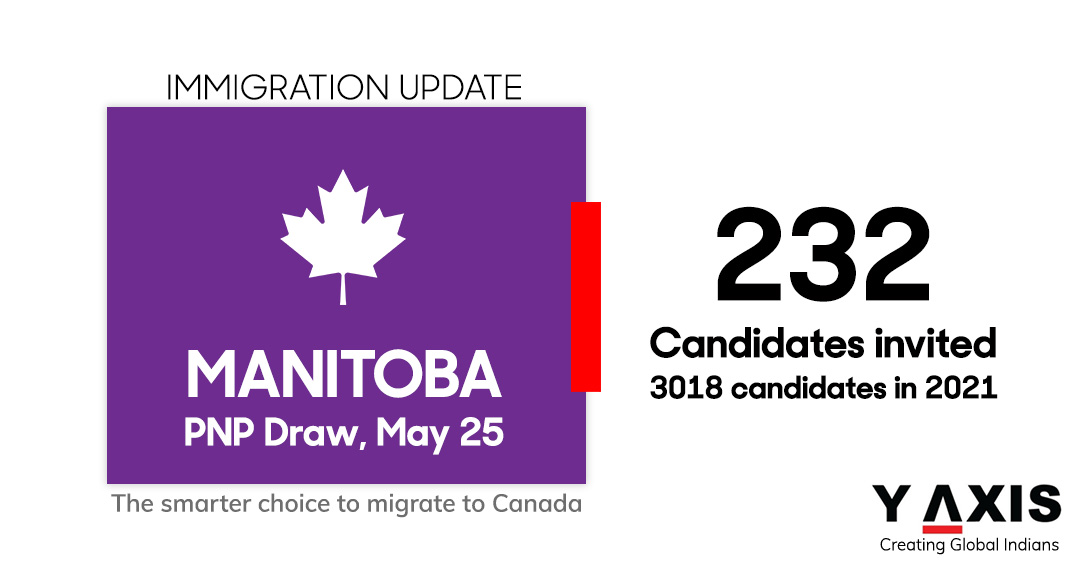 The province of Manitoba in Canada has held its latest round of invitations under the Provincial Nominee Program [PNP] of Canada.

Invitations to apply for a MPNP nomination for Canadian permanent residence are also referred to as Letters of Advice to Apply [LAAs].

Fetching 600 ranking points for a federal Express Entry candidate, a PNP nomination guarantees an invitation to apply for permanent residence.

An online profile, an EOI is not an application as such.

At the time of the EOI profile creation, EOI ranking Points, also referred to as the EOI score, will be allotted based on the answers given by the individual.

It is the highest-ranking candidates in the pool of candidates that are invited – in the MPNP draws held from time to time – to submit their complete application to the MPNP.

Under ‘adaptability’ are assessed certain criteria that can assist an individual in successfully settling within Manitoba on being granted their Canada PR, such as – an ongoing employment, previous work experience, close friend or distant relative in Manitoba etc.

An individual can have only 1 active EOI profile with the MPNP at one point in time.

With the latest provincial draw by Manitoba, a total of 3,018 LAAs have been issued in the 11 MPNP draws held in 2021 so far.