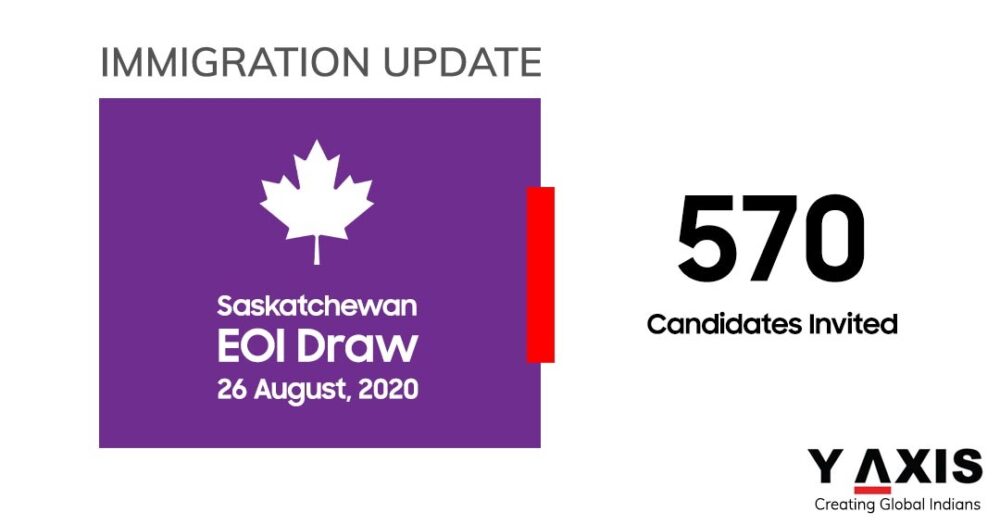 On August 26, 2020, the province of Saskatchewan in Canada has invited 570 candidates to apply for a provincial nomination through the Saskatchewan Immigrant Nominee Program [SINP]. All the invitations issued in the latest SINP draw went to candidates under the Occupations In-Demand category. No invitations were issued to Express Entry candidates.

The previous SINP invitation round was held on August 14, 2020, wherein 286 Express Entry and 247 Occupations In-Demand candidates received invitations to apply.

For being considered by Saskatchewan, or any other province/territory part of Canada’s Provincial Nominee Program [PNP], a candidate will be required to initiate the process by creating their Expression of Interest [EOI] profile with the concerned PNP.

Do keep in mind that the EOI is not a visa application. An EOI is only a way of informing the province or territory that you would be interested in being nominated by them for Canada permanent residence.

Anyone seeking a provincial nomination must have the clear intention of settling down within the province/territory nominating them after acquiring their Canada PR.

Generally, SINP invitation rounds are held bi-monthly. The selection of EOIs is limited based on occupation, thereby ensuring that “nominees with positive employment prospects in Saskatchewan are selected” and nominations do not go beyond the employment demand in the province.

Those invited in the present SINP round had –

*National Occupational Classification [NOC] codes included in this draw were –