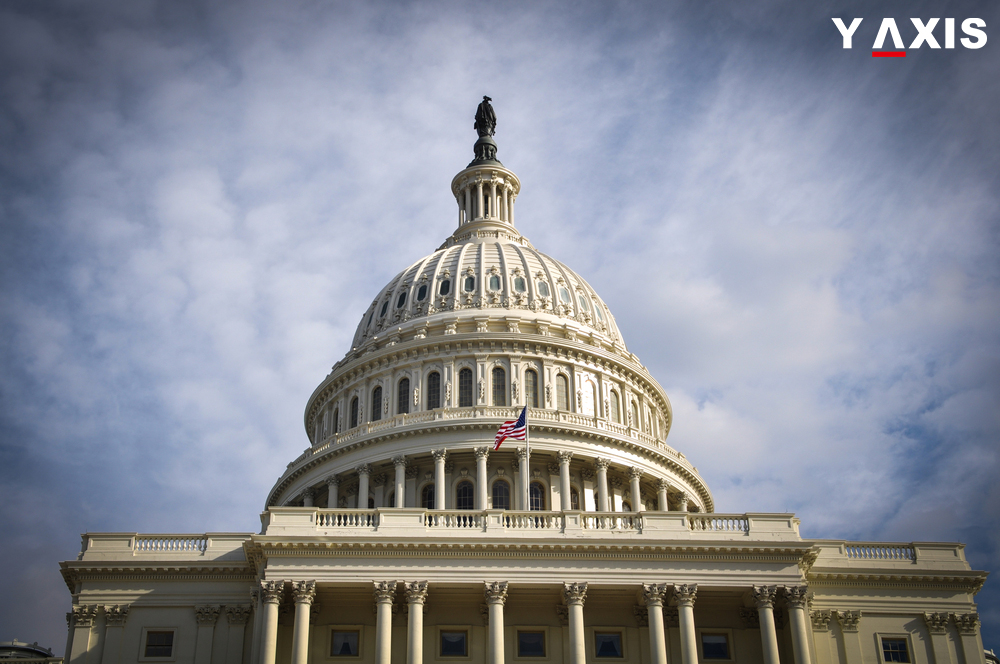 US Republican lawmakers have unveiled an immigration package to end chain immigration system and protect nearly 1 million DACA immigrants from deportation. It also includes stringent security system at the borders and funding a border wall along Mexico.

The legislation was tabled in the US Congress within minutes after Trump’s speech in this regard. He had said that any legislative fix for DACA immigrants must include funding for the wall. Building a wall along the borders for US and Mexico is one of the key promises of Trump’s presidential campaign in 2016.

Bob Goodlatte Chairman of House Judiciary Committee said that Trump has indicated that ‘Act for Securing the US Future’ is the beginning of reforming the US immigration system. It includes a provision to end chain immigration system, to end lottery system for Green Cards, funding for border wall and increase in numbers of US armed forces, he added.

US Congress is struggling to break the deadlock over the DACA legislative fix. These DACA immigrants had arrived in the US illegally as kids, as quoted by the Deccan Chronicle. But the Obama administration chose to permit them to stay back through Deferred Action for Childhood Arrivals program.

‘Act for Securing the US Future’ that has been tabled in the US Congress also includes conservative priorities. These include a crackdown on sanctuary cities. It also provides no particular US Citizenship pathway to the DACA immigrants.

Meanwhile, a US District judge blocked the decision by Trump to end the DACA program. Mr. Alsup also ordered that the verdict was applicable nationally to the US even as the legal battle continues. However, both the Democrats and White House concurred that this verdict does not decrease the urgency to resolve the issue.