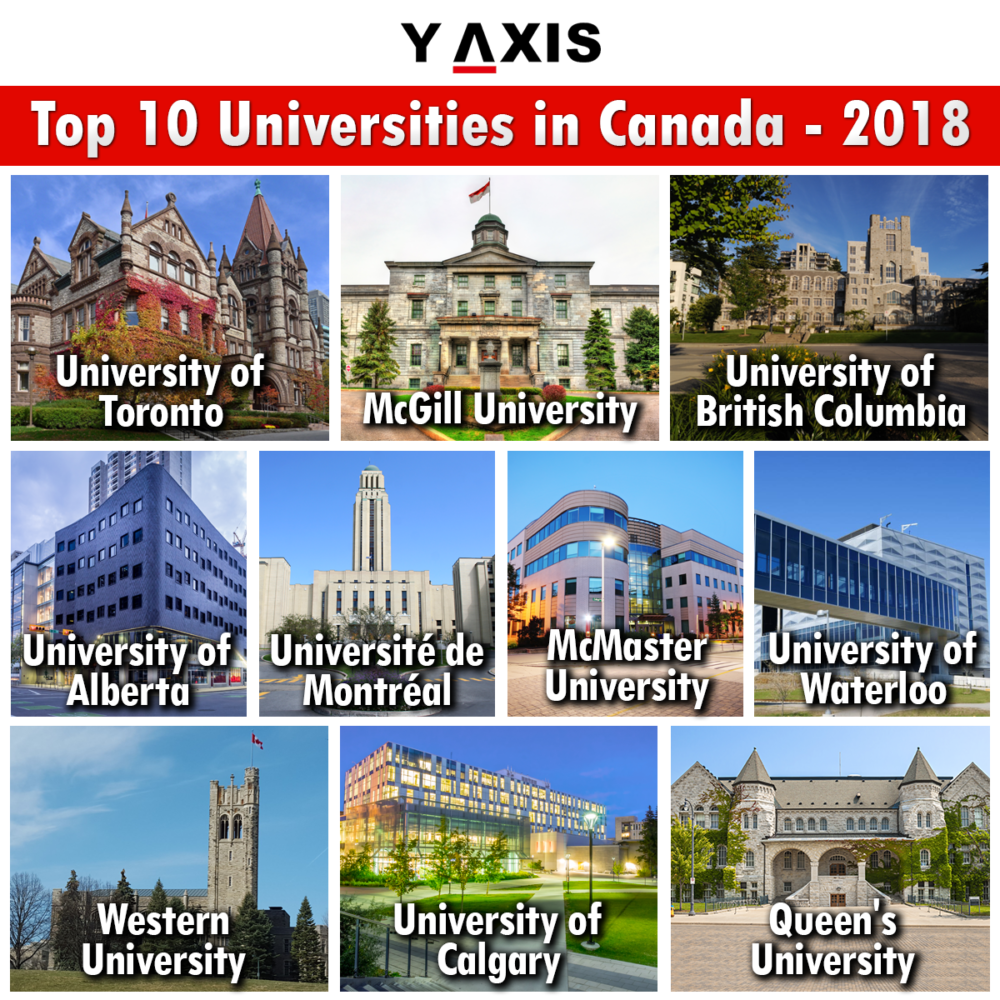 If you are planning to Study in Canada, below is the list of top 10 Canadian Universities for 2018:

The University of Toronto is once again the number one amongst the Canadian Universities even this year too. It has around 88,700 students at its 3 campuses located in Toronto.

With around 40,500 students and overseas students share at 25% McGill University is at the second place. It is situated in Montreal and takes pride in having the highest numbers of Nobel Prize winners and Rhodes scholars in Canada.

Situated at Kelowna and Vancouver, University of British Columbia has around 62, 900 students. Out of these 14, 434 are overseas students.

Chiefly based at the Edmonton city the University of Alberta has 37, 830 overseas students from 143 nations. Its annual impact on the economy of Alberta is 12.3 billion CA$.

This university is amongst the top ten employers in the Montreal area. It is also amongst the most active universities in Canada for research.

Located at Hamilton in Ontario, McMaster University has 70 research institutes and centers. It is specifically popular for its school of medicine.

This university is also located at Ontario and has 36, 670 students at present. 37% of the graduates of the University of Waterloo are from overseas.

Previously this university was known as University of Western Ontario as it is situated in Ontario. It currently has around 28, 800 students.

It has five campuses that include one campus in Qatar. The University of Calgary has been home to key inventions that include the neuro-chip, as quoted by the Top Universities.

It is one of the oldest universities in Canada. The current student strength at Queen’s University is 22, 461 with 10% of overseas students.

If you are planning to migrate to Canada, browse through latest Canada Immigration News & Visa Rules.

If you are looking to Visit, Study, Work, Invest or Migrate to Canada talk to Y-Axis, the World’s No.1 Visa & Immigration Company.