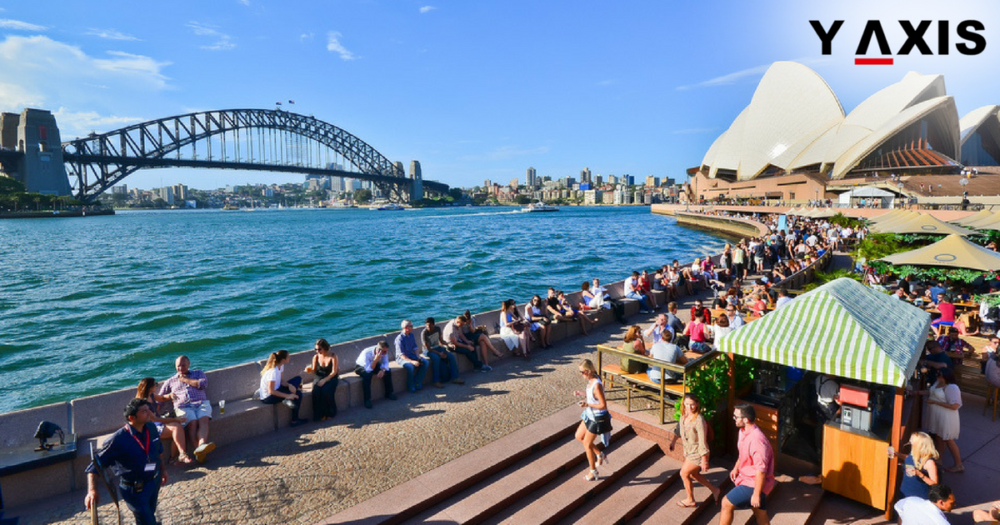 Overseas Immigration to Australia has reached a record annual high at 539,000 in the fiscal year 2017. These are the highest ever numbers for an individual year. These latest figures have been revealed by the Australian Bureau of Statistics.

Out of the total 539,000 around 315,000 individuals had arrived with the Provisional Visas. This is inclusive of 150,000 Overseas Students and 50,000 via the Working Holiday Visas. Another 32,000 overseas workers via Temporary Skill Visas are also included, as quoted by the BRECORDER.

The figure for total overseas immigration was offset by those who quit Australia in the same period with 276,000 people. Thus, the resultant net immigration gain was 263,000 individuals.

The interstate immigration within Australia stood at 377,000 people revealed the ABS report. This was the highest figure for the last thirteen years.

The largest overseas immigration rate was for Australia’s New South Wales, the most populous state. It reported a gain of additional 103,000 individuals and net 15,200 people moved to other states. This was also the largest loss for any Australian state.

The Australian State to gain highest from interstate immigration was Victoria. It is also the fastest-growing State in Australia. Queensland was in the second position.

ABS Director of Migration Statistics Myles Burleigh said that 86,700 people moved to Victoria from other territories and States in Australia. On the other hand, 68,500 people moved from Victoria to other regions. This was a net gain of 18,200 people for Victoria. It was also the highest ever figure for the State, added Burleigh.