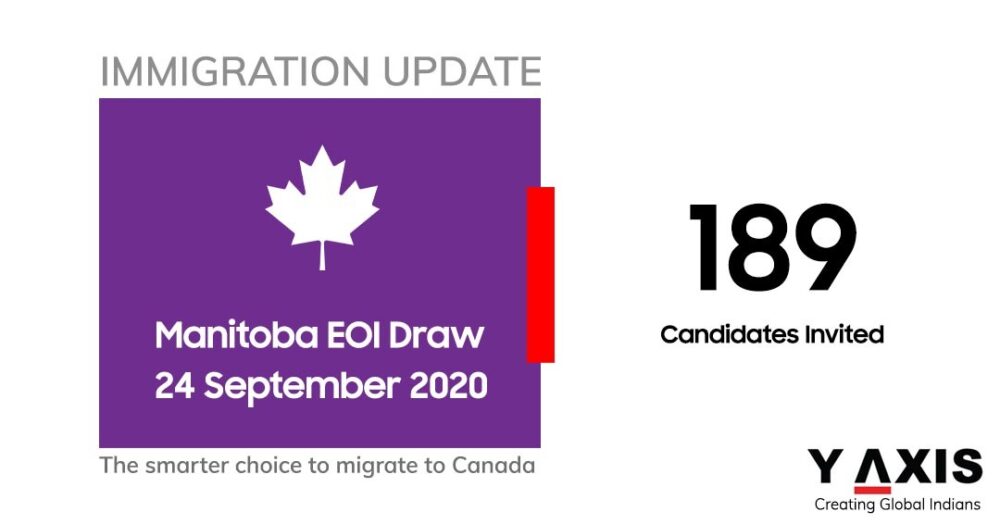 In the latest Provincial Nominee  Program [PNP] draw to be held by the province, Manitoba has invited a total of 189 candidates to apply for a provincial nomination through the MPNP. Of the 189 Letters of Advice to Apply [LAAs] issued by the MPNP in Manitoba’s Expression of Interest Draw #99 on September 24, 2020, 18 invitations went to candidates that had declared a job seeker validation code along with a valid Express Entry ID.

Manitoba is one of the 9 provinces and 2 territories in Canada that are a part of the PNP of Canada. A provincial nomination gets an additional 600 points towards the ranking score – the Comprehensive Raking System [CRS] score – of an Express Entry profile.

Boosted by the provincial nomination, the profile is thereby guaranteed to be issued an Invitation to Apply [ITA] in the next federal Express Entry draw to be held. It is the highest-ranked profiles that are sent ITAs for applying to Immigration, Refugees and Citizenship Canada [IRCC] for Canadian permanent residence.

In the latest all-program Express Entry draw #163 held on September 16, the minimum CRS cut-off was of 472.