Hyderabad Start-Up Makes it Big with SAP in Africa 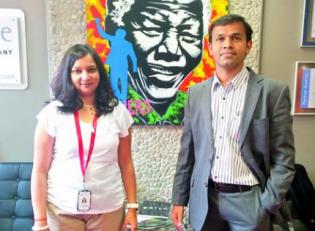 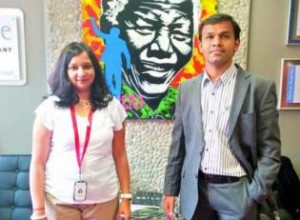 Altura Consulting – a SAP consultant and a growing ERP Solutions Provider – started in 2007 by Roopa Karemungikar, an IIT Chennai alumni, and Sandeep Vanga, is now one of the biggest SAP solution providers in Africa.

When the company was formed in Hyderabad, the SAP market in India was already saturated with a few big firms and many small enterprises offering the same services. The founders however had the quest to make a difference and grow in the industry, and thus decided to specialize in HR Payroll and spread it wings in the global market.

“We found that establishing ourselves as a SAP service provider was a difficult proposition. We focused in specializing and started working in a niche area of HR payroll,” Roopa Karemungikar said.

The company received no funding initially, but the founders invested some savings they had. “We had some savings, but no outside funding. We recruited some interns and trained them for six months. By the time they became good in their work, we got awarded a big project from Ethiopia for a public sector client. Later we discovered that it was the first successful HR implementation in East Africa and that gave us very good recognition. It brought in the initial cash flows and launched us seriously into the business.” – said the entrepreneur.

The company has its business spread across various countries – India, South Africa, Kenya, Tunisia, Mauritius, and Ethiopia. Though Altura doesn’t have too many clients in India, it has managed to add few big names to its portfolio: Dr. Reddy’s, Singareni  Collieries, and Heritage Foods.

Roopa Karemungikar has bigger plans for Altura Consulting, She said, “is planning to expand into newer markets such the Middle East, South Africa, United Kingdom and South East Asia. It is also considering raising funds from a private equity player to help in its expansion plans.”

We at Y-Axis wish them good luck and a happy journey of growth into various global markets across the world.