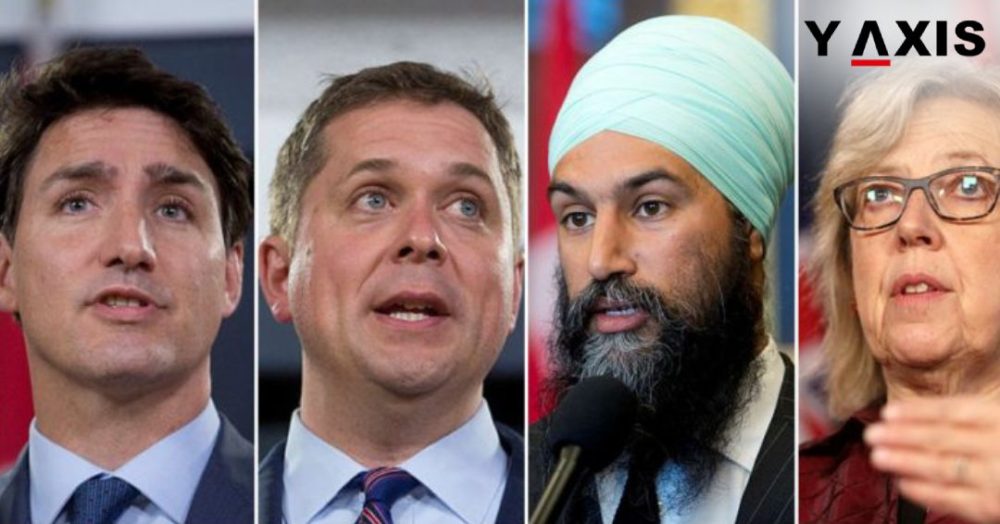 It is will indeed be interesting to note as to how the outcome of the Canadian federal elections shall affect the future immigration policies of Canada.

Here, we will be talking about federal programs only.

What happens if the Liberals gain majority?

If Justin Trudeau manages to retain power, we can expect to see the Liberals go ahead with their target of inducting more than 1 million as permanent residents between 2019 and 2021.

Incidentally, many of the proposed new PR are already in Canada, with several more in the process of following them there.

As per The Globe and Mail, an advisory body has also proposed stepping up the immigration induction to a 450,000 annually.

If the Liberals win, their proposal on the establishment of a Municipal Nominee Program (MNP) can also be taken forward.

The MNP was part of the Liberals’ 2019 federal election platform published in September 2019.

Unlike the Conservatives that hold a stance of “show me a worker who can fill a job right now” on Express Entry, the Liberals have focused more on the long-term prospects of a candidate for granting PR on the basis of human capital factors.

Under the Liberals, the number of people being granted PR status has steadily been going up each year. This trend, in all probability, would continue should the Liberals retain power. There has also been speculations that in keeping with the total PR grantees going up, there might also be a corresponding lowering of the CRS cut-off threshold.

What happens if the Conservatives get the majority?

Where it comes to immigration policies, the Conservatives have been known to be critical of the governing Liberals on irregular asylum seekers that come to Canada.

However, Express Entry and other immigration policies of the Liberals are hardly criticized by the Conservatives.

Interestingly, it was the Conservative government that had launched Express Entry in January 2015.

What if neither the Liberals nor the Conservatives get majority?

If this happens, either of the 3 situations might arise –

If either 1 or 2 of the above-mentioned happen, it would give a say to at least one of the smaller parties – New Democratic Party (NDP), Green Party, Bloc Québécois, and People’s Party of Canada (PPC) – contesting the elections. One area that can be affected by this scenario is the future immigration policy of Canada.