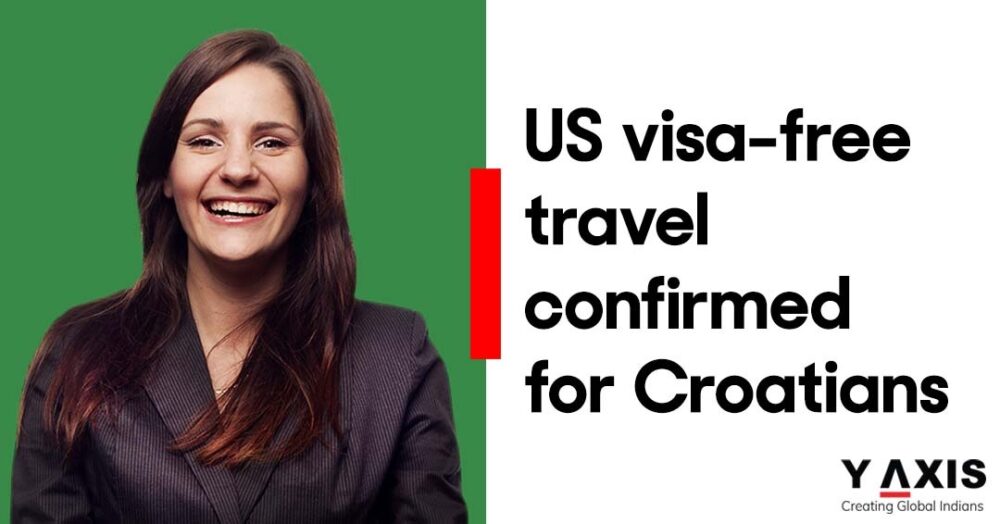 Croatians will soon be able to travel visa-free to the USA. The US embassy in Croatia confirmed the Baltic nation’s inclusion into the Visa Waiver Program (VWP).

This news comes after United States secretary Mike Pompeo had announced last year about possibilities of visa-free entry for Croatian citizens. During the US secretary’s visit to the Baltic state, he, along with Croatian Prime Minister Andrej Plenkovic and Foreign Minister Gordan Grlic Radmanreviewed the nation’s progress towards fulfilling the last measures required to be integrated into the VWP.

Since 2017, Croatian authorities have worked tirelessly to reduce the refusal rate from 5.9 percent to 4 percent. During September 2020, the refusal rate fell to 2.69 percent which is under 3 percent; the target rate required to qualify for the visa waiver program.

For the first time, the American embassy in Croatia officially confirmed the inclusion of Croatians’ USA visa-free travel through its Twitter handle. The news was released onFebruary 16, 2021.

Earlier last year, Croatia’s Interior Minister Davor Božinovi? had presented a report to the European Parliament’s Committee on Civil Liberties, Justice and Home Affairs (LIBE) during a ministerial meeting in Brussels. The report stated that “All EU member states should be considered equal in respect of the US visa waiver program”.

About the Visa Waiver Program

The Visa Waiver Program (VWP)  currently allows citizens of 39 participating countries to travel to the United States for tourism or business for up to 90 days without first applying for a visa.All participating countries are high-income economies with a very high Human Development Index generally regarded as developed countries. Except Bulgaria, Cyprus, and Romania all other Schengen Area countries are included in the US’ VWP program. These three countries are EU member states but aren’t a part of the Schengen Zone.

In order for citizens of the participating countries to be eligible for the Visa Waiver Program, they should meet the following requirements:

Starting June 3, 2008, the country made it mandatory for citizens under VWP entering its borders via air or sea to fill out an online ESTA form. The form should be filled out atleast 72 hours (3 days) prior to departure. The rule was put in place to increase security measures. The final admission decision into the country is determined at U.S. ports of entry by CBP officers.

An approved ESTAis valid upto two years or until the time the applicant’s passport expires, whichever comes first. The ESTA is valid for multiple entries.

If travelling (by air or sea) under the VWP with ESTA, the passenger should travel on a participating commercial carrier and hold valid return or onward ticket, dated within 90 days.

ESTA isn’t required while travelling by land. A visa is required in case a passenger arrives via air or sea on an unapproved carrier. In such cases, the VWP doesn’t apply.

To understand more about the VWP, see What is the Visa Waiver Program of the US?

The United States is currently implementing stricter screening processes and rules for travellers prior to their entering US borders, including countries under the VWP due to COVID-19 situation.

If you are looking to Work, Study, Invest, Visit, or Migrate to USA, talk to Y-Axis, the World’s No. 1 Immigration & Visa Company.

If you found this news article engaging, you may also like… US: Plan to ban H-4 visa spouses from work killed by Biden