Canada invites 4500 in the largest ever Express Entry draw 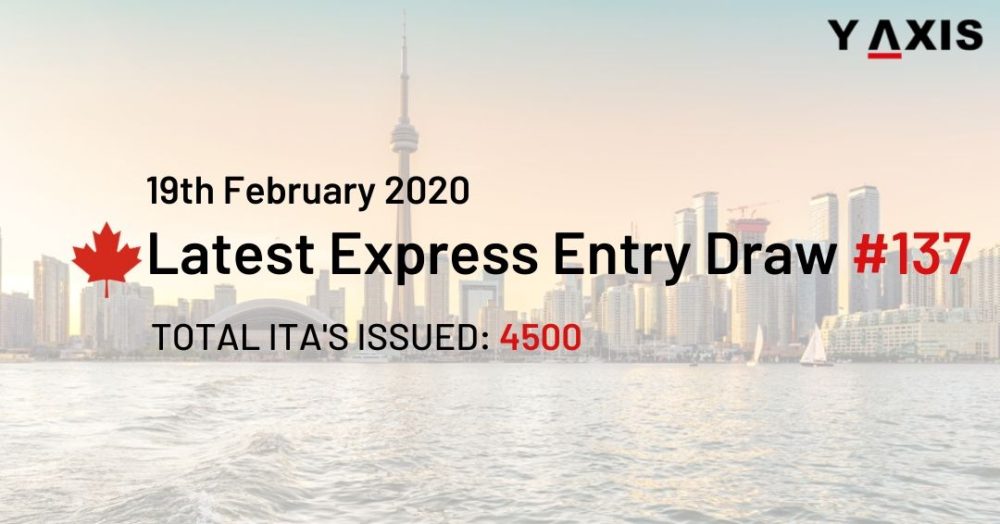 Canada conducted the largest ever Express Entry draw on 19th February issuing 4,500 invitations for Canadian PR. The minimum CRS score in this draw was 470, which was a 2 point drop compared to the previous draw.

The Express Entry Program is the main source of skilled immigrants in Canada. It manages the application pool of the three main economic migration programs in Canada:

Eligible applicants enter the Express Entry Pool where they are given a Comprehensive Ranking System score based on parameters like age, qualification, work experience etc.

An applicant does not need a job offer to be placed in the Express Entry Pool. However, a job offer from Canada does add extra points to the CRS score.

Candidates who have the highest CRS score are invited in regular draws conducted by the IRCC. Generally, these draws happen every two weeks and candidates are invited under all three major economic immigration programs.

Once you receive an invitation, you get 60 working days to submit your application for Canadian PR. The processing time for PR applications under the Express Entry Program is six months.

The 19th February draw was the fourth draw of 2020. Canada has so far issued 14,800 invitations in these four draws.

The tie break rule used in the 19th February draw used the date and time 13th January 2020 at 10:52:52 UTC. Candidates scoring 470 or more and who have submitted their profiles on or before the above date received an invite.

There are several different ways through which candidates can increase their CRS scores. The most valuable of them is through a provincial nomination.

Nine provinces and territories in Canada have enhanced PNP streams which are aligned with the Express Entry Program. Obtaining a provincial nomination enhances your CRS score by 600 points.

Several provinces in Canada have issued invitations for provincial nomination since the beginning of this year. These provinces include Ontario, British Columbia, Manitoba, Saskatchewan, Alberta and Prince Edward Island.