Alberta has released the details of the latest draw held by the province. 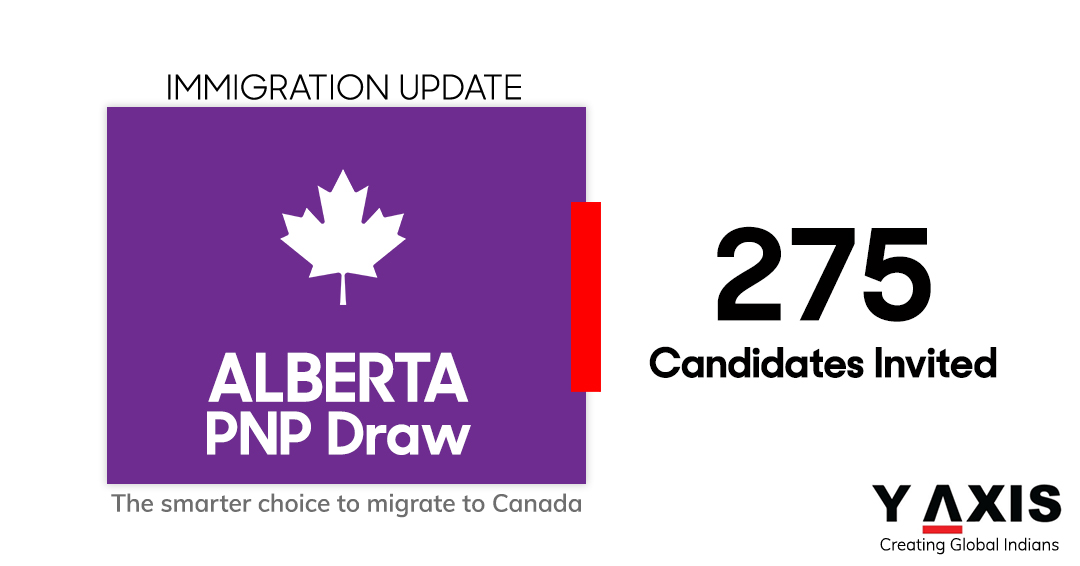 On September 30, 2021, the Alberta Immigrant Nominee Program [AINP] invited a total of 275 candidates to apply for being nominated by the province for Canadian permanent residence.

Invitations issued by Alberta PNP are also referred to as Notification of Interest [NOI] letters.

Under Alberta Express Entry Stream selections, the AINP goes through the pool of available candidates with IRCC Express Entry, selecting and inviting candidates based on the profile information submitted by them on the portal.

The previous Alberta PNP draw was held on September 21, 2021.

As the Alberta Express Entry Stream is aligned with IRCC Express Entry, the ranking of the candidate as per the 1,200- point Comprehensive Ranking System [CRS] has a role to play.

As a PNP nomination is worth 600 CRS points in itself, those successful in securing a nomination are thereby guaranteed an invitation to apply by IRCC in a subsequent federal draw.

For 2021, Alberta has received an annual allocation of 6,250 nomination certificates from IRCC.

Proving that the individual is a nominee, the nomination certificate is required for submitting an application to IRCC, which is the second part of the process for Canada PR through Canadian PNP.