UK Must Mend its Immigration Rules for Tire 2 Skilled Workers. 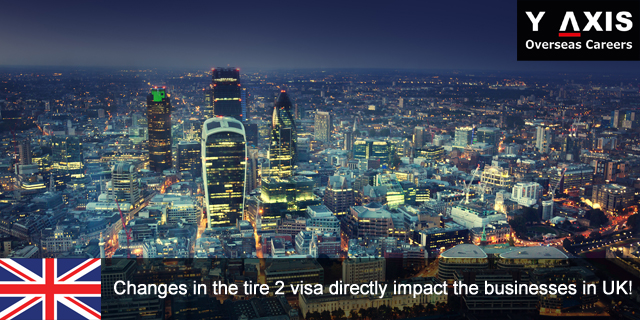 The business in the United Kingdom is in need of skilled migrants who are fighting obstacles to enter the country with a Tire 2 visa because of the strict rules implemented by the immigration department. This is directly effecting the business in the country who depend on these people for the growth and development on their business.

Who is the worst effected?

A survey conducted on 30 tire 2 sponsor clients revealed that these changes effected businesses mostly in the fields of   legal, oil & gas, engineering, pharmaceutical, digital & creative, architectural and financial services. With the shortage of skilled workers locally, they have all relied on people from other parts of the world. Ignoring this fact, the tire 2 visa rules have been made strict, putting a lot of restrictions on the applicants through this visa.

According to Office National Statistics [ONS] revealed that the non EU migrants that come into the country account for 7.5 percent. The sectors that require people in this category the most include, engineering firms, architectural firms, law firms and financial organizations. Further, 75 percent of companies who participated in the survey conducted by Kingsley Napley revealed that these changes have highly or severely affected the progress of their business.

Another restriction that MAC is considering to place in this regard is to limit tire 2 only to the highly specialized and the shortage occupations only. This is also being argued against saying that, it will take away the opportunity of the firms to train freshers to work in their firms. In addition to this, these changes are also causing loss of tax revenue and a lack of job creation for resident workers.

Kingsley Napley has reported contradicting facts posed by the immigration policy and the requirement of the businesses in the United Kingdom. Now, it is for the MAC to take the right decision in this regard. So, whether it will favour the immigration department or the skilled workers is yet to be observed.