Top Ten Universities in the UK for 2020 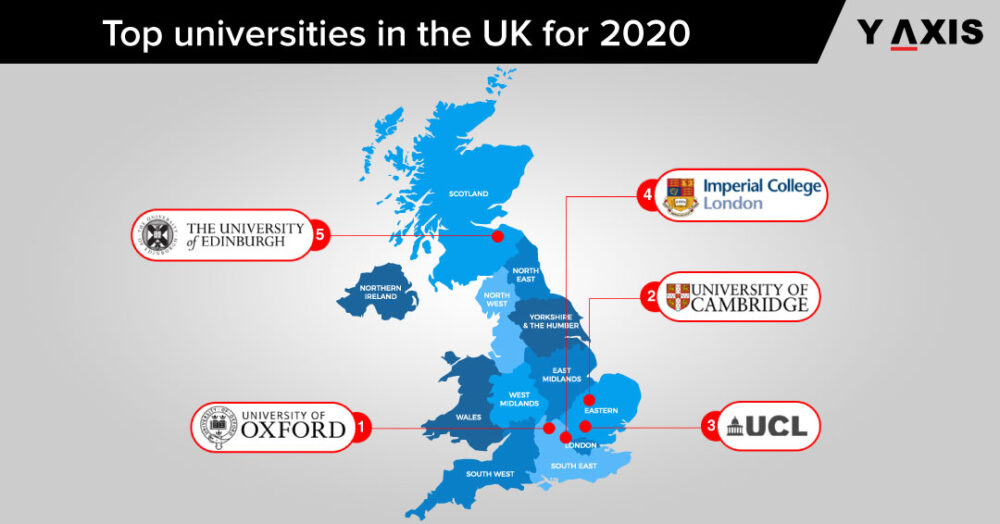 The UK has many old colleges and is home to leading educational institutions. It has some of the world’s best-ranked universities, that figure in university rankings worldwide.

The degrees being offered by UK higher education institutes are recognized worldwide. UK university students have a chance to improve their expertise and knowledge at competent levels. If you are planning to study in the UK, here is a list of the top ten universities in the UK for 2020 according to the QS world university rankings.

The University of Warwick, one of the prestigious Russell Group universities, continues to be the tenth-best institution in the UK despite slipping eight positions worldwide this year. A good reputation and a large proportion of foreign students are plus points of the university.

The University of Bristol has climbed to two places to rank among the top 50 universities in the world. The university has been growing its share of foreign faculty and students, as well as its academic reputation since last year.

LSE is ranked 7th for foreign students in the world, making it the most diverse UK university in our ranking.

It is especially well known for its medical education and study and is home to the oldest nursing school still in operation, the Florence Nightingale Faculty of Nursing and Midwifery (established in 1860).

The University of Manchester has the largest student community among these top UK universities, with around 41,000 students, of whom almost 11,000 are from outside the EU.

Edinburgh University is the only Scottish university to feature in that top 10. While Scottish students can study for free at the University of Edinburgh, students from other parts of the UK (i.e. England) must pay fees.

UCL is one of Britain’s largest and most diverse top universities, with a student population of 38,900, with about 40 percent coming from outside the UK.

The University of Oxford claims the number one spot in the UK this year, improving its proportion of international faculty and the number of citations being produced by those faculty members.