Indian-American Dr. Vivek Murthy to be the 21st Surgeon General of the U.S. 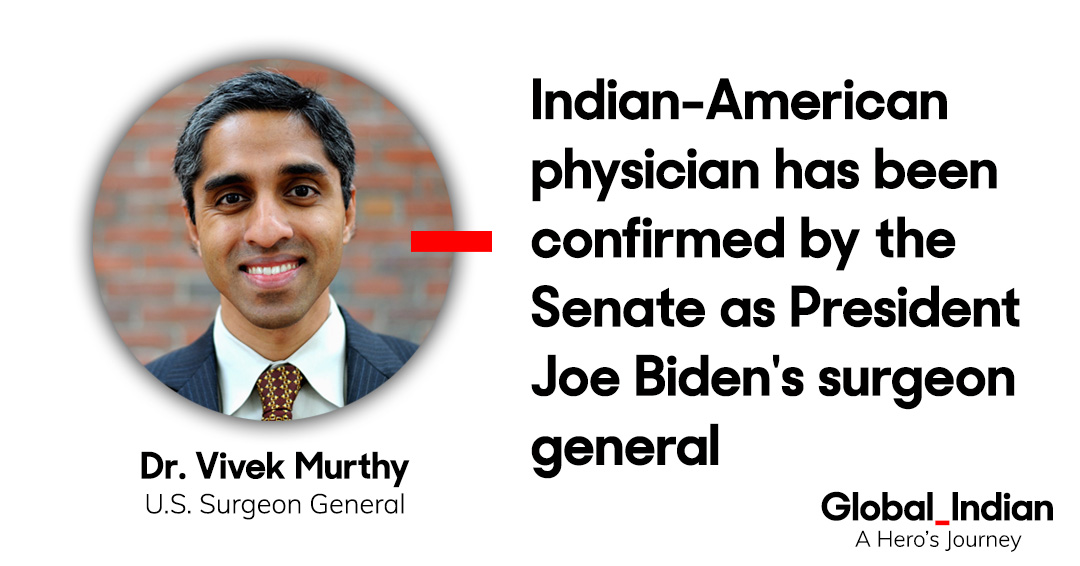 For Dr. Murthy, this will be the second term that he will be America’s Doctor, having served as the 19th Surgeon General under the Barak Obama administration [from December 15, 2014 to April 21, 2017]. He was later asked to step down by the Trump administration.

Acquiring bipartisan support through securing a vote of 57-43, the soft-spoken Dr. Murthy was recently confirmed by the U.S. Senate.

While Biden’s coronavirus response already had many important names, the inclusion of Dr. Murthy might have been prompted by a particular niche. As a successful author, Dr. Murthy has addressed the issues of isolation and loneliness that have been exacerbated by the COVID-19 pandemic.

During his confirmation hearing, Dr. Murthy told senators that he wants to help families and individuals safeguard themselves by conveying “clear, science-based guidance” to the general public.

According to Chris Jennings, a longtime health policy adviser to Democrats, Dr. Murthy “effectively conveys compassion and credibility at a time of great need for just that”.

If you are looking to Study, Work, Visit, Invest or Migrate to the U.S.A, talk to Y-Axis, the World’s No.1 Immigration & Visa Company.