Immigration is an opportunity for growth and not a threat, says Pope Francis 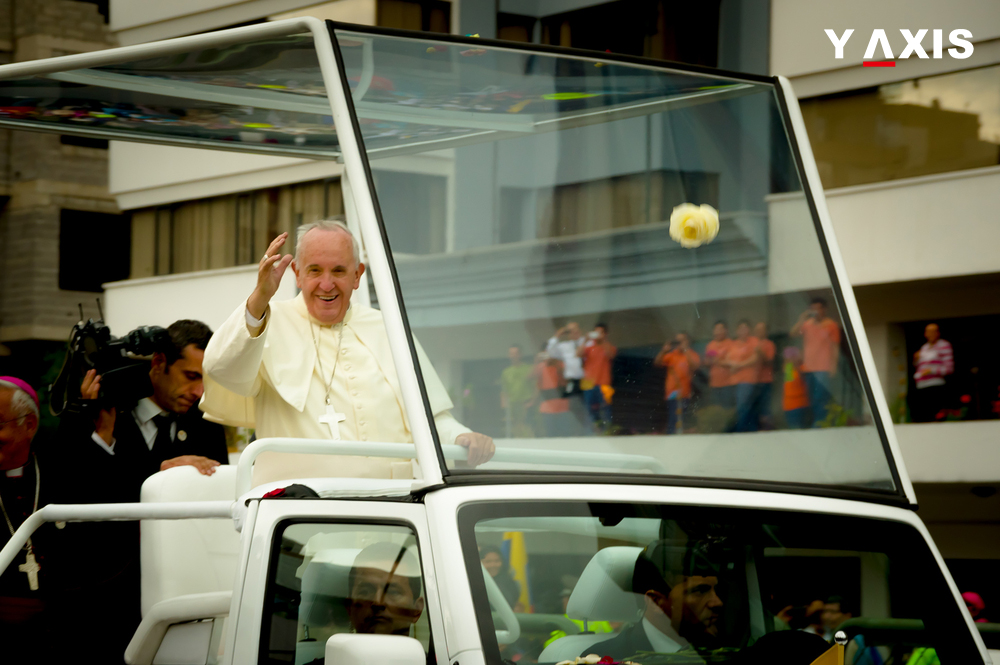 Immigrants do not pose a threat to the culture of Europe but on the other hand provide an opportunity to accelerate the growth of the European societies, according to Pope Francis. He was speaking on the occasion of being reunited with one of the refugees from Syria whom he had brought along with him to home from Greece’s Lesbos.

He made this comments while he was on a visit to one of the important public universities of Rome, the Roma Tre University. He came across Nour Essa, who had accompanied Pope with her husband and children when Pope was returning to Rome after his visit to the Lesbos on April 16, 2016.

Ever since then, Essa has received a scholarship from the government to complete her studies in Biology at the Roma Tre University and has emerged as the refugee rights activist in her new found home nation.

In a question and answer session at the Roma Tre University, Essa asked Pope Francis regarding concerns being expressed by diverse Europeans that immigrants from Iraq and Syria pose a threat to the Christian culture in Europe.

Pope Francis replied by saying that his native nation Argentina is s nation of immigrants and putting an end to poverty and wars would lower flow of immigrants.

Immigration is not a threat but a test to grow said Pope Francis and added that European nations must not only welcome immigrants but also integrate them into their respective societies, as quoted by the Times of India.

Immigrants bring along with them a rich culture to the European societies and they also have to reciprocate to the culture of Europe which results in an exchange of cultures. Fear must be removed through respect, added the Pope.

Essa had fled to Lesbos along with her family from Syria and lived for a month in the refugee camp until Pope Francis visited the camp. Pope met the refugees at the camp and carried along with him three Muslim families from Syria to Rome as an obvious symbol of harmony.

Essa told Francis that their lives were changed in just a day and thanked the Pope for this. A Catholic charity the Sant’Egidio community took up the accountability of settling a dozen refugees, enrolling their children in schools and looking out for jobs, homes and language classes for the parents of those children.

Recently when a group of 41 refugees from Syria arrived at the airport in Rome, Essa was there to welcome them to the new home nation. The refugees were brought to Italy through a joint program of the Protestant church and Sant’Egidio that arranges for compassionate passageways for immigrants to legally arrive in Europe.

Essa told the reporters on the occasion that refugees were not terrorists but they were escaping from war.

On the occasion, Pope Francis also had a warm conversation with Essa. When he recalled that back in Lesbos, the refugee families had already boarded the flight to Rome and did not wish to come down the flight stairs to bid farewell to the authorities of Greece who had come along with Francis, Essa gave a smile.