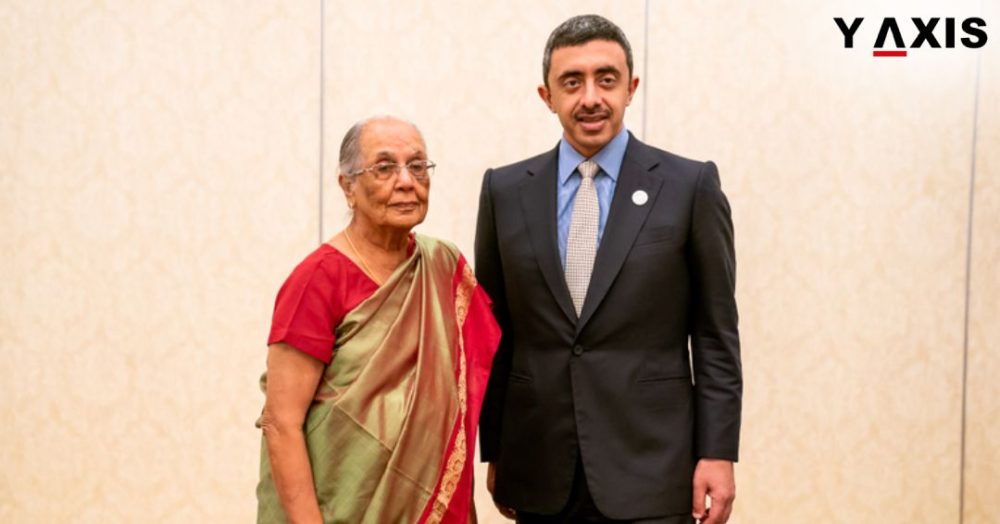 Indian doctor Zulekha Daud is the latest expat to receive the Golden Visa of the UAE. She was the first female doctor in the UAE.

81-year-old Zulekha Daud is the Chairperson of the UAE-based Zulekha Healthcare Group in the UAE. She was given the Golden Visa to honour her valuable contribution to the healthcare sector of the UAE.

The Zulekha Healthcare group runs two multispecialty hospitals in Sharjah and Dubai. They also have three pharmacies and three medical centres in the UAE. They also run a hospital in Nagpur, India.

Dr Daud said that she was thankful for the long-term visa privilege. She added that she would do her best to render her responsibilities towards the nation’s well-being, as quoted by Gulf Business.

The 10-year Golden Visa was also granted to her daughter Zanubia Shams who is also the co-chairperson of the Zulekha Healthcare Group. Taher Shams, MD of the group, also received the Golden Visa.

The Golden Visa scheme was launched by the UAE in May this year. The visa targeted investors, outstanding doctors, scientists, artists and engineers.

The first batch of Golden Visa recipients consisted of 6,800 expats who had made a total investment of more than Dh 100 billion in the country.

Indian entrepreneur M A Yussufali, Chairman of the Lulu Group, was the first UAE expat to receive the Golden Visa. He got the Permanent Residency card in June this year.

Golden Visa holders get a 10-year Residency Visa which also includes their family, that is, spouse and children. The visa does not require a sponsor and is automatically renewed if all the conditions are met.

Golden Visa holders are free to enter and exit the UAE as they please. Investors on the Golden Visa are allowed to employ 3 workers. They may also get the residency visa for a senior manager or employee.