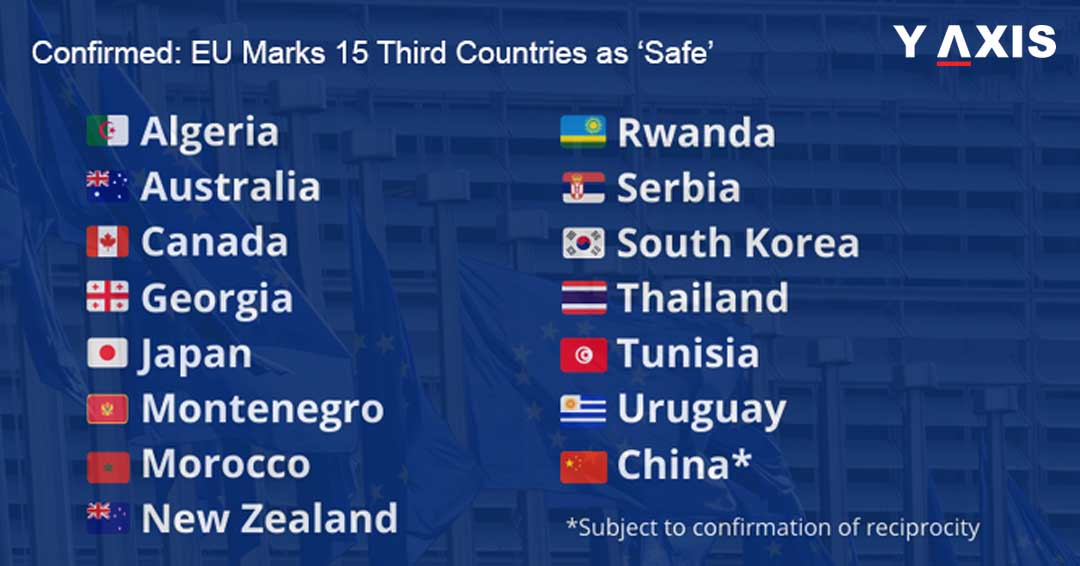 The European Union Member States have approved 15 countries as safe in terms of their COVID-19 situation. The decision was reached after much discussions and deliberations. A draft list of 54 countries had been drawn up earlier. This was eventually narrowed down to 15 countries.

As per a Press Release by one of the EU Member States, “There are now 14 (+1) countries on the Union list from which Member States can base their national list of safe countries.”

The “safe list” is to be reviewed every 2 weeks and adjusted as per the latest COVID-19 developments in each of the countries.

As per the EU Council, for the purposes of this recommendation, residents of the Vatican, San Marino, Andorra, and Monaco are to be considered as EU residents.

The citizens of the UK – along with their family members – are exempted from the travel restrictions imposed temporarily in view of COVID-19. Such individuals are to be treated as EU nationals until December 31, 2020, that is, until the end of the transition period of Brexit.

From July 1, 2020, residents of certain countries will be permitted to enter Europe. The countries that EU has marked to be safe, and the citizens of which can enter Europe from July 1 are –

However, as the policy is not legally binding, the EU Members are not obliged to open their borders to all on the list.

Travellers that intend visiting the EU from any of such countries must first check with the specific country that they plan on visiting in the EU. The EU Member States have the permission to exclude certain countries from the list at the time of deciding as to who can enter their borders.

Switzerland: Workers from third countries can enter from July 6