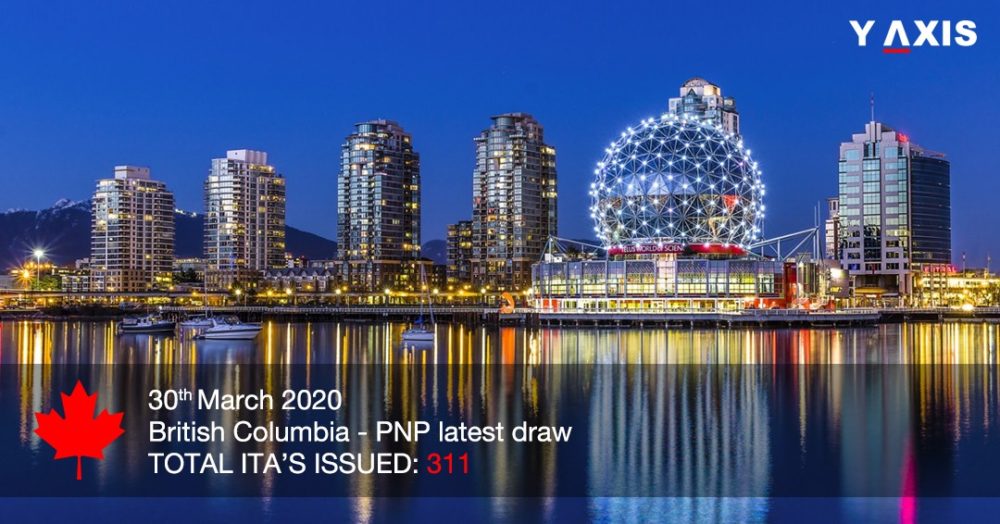 In a latest draw held on March 30, British Columbia has invited 311 immigration candidates to apply for being provincially nominated for the permanent residency of Canada.

The draw was held by the province under the British Columbia Provincial Nominee Program [BC PNP]. Candidates were invited under the 2 immigration categories of – Skills Immigration and Express Entry BC.

On registration, the SIRS provides a score to those candidates that are found to be eligible. The allotted SIRS score is based on a number of factors, which include – education, job offer, and language ability.

In the latest BC PNP draw on March 30, the minimum SIRS score requirement was between 102 and 105.

Getting a provincial nomination can be your quick route to Canada PR in 2020. PNP has around 80 pathways, many of which are linked with the federal Express Entry System.

A provincial nomination adds additional 600 points towards your CRS score. CRS stands for Comprehensive Ranking System. CRS comes into play when your profile is in the EE pool.

The higher the CRS score that you have, the sooner you can expect to be invited to apply for Canada PR.

Usually, the CRS cut-off in the PNP draws is much lower as compared to the federal CRS requirements. Provinces like Alberta have been known to invite candidates even with CRS as low as 300.