Australia cancelled over 1000 Student Visas for Indians in 2019 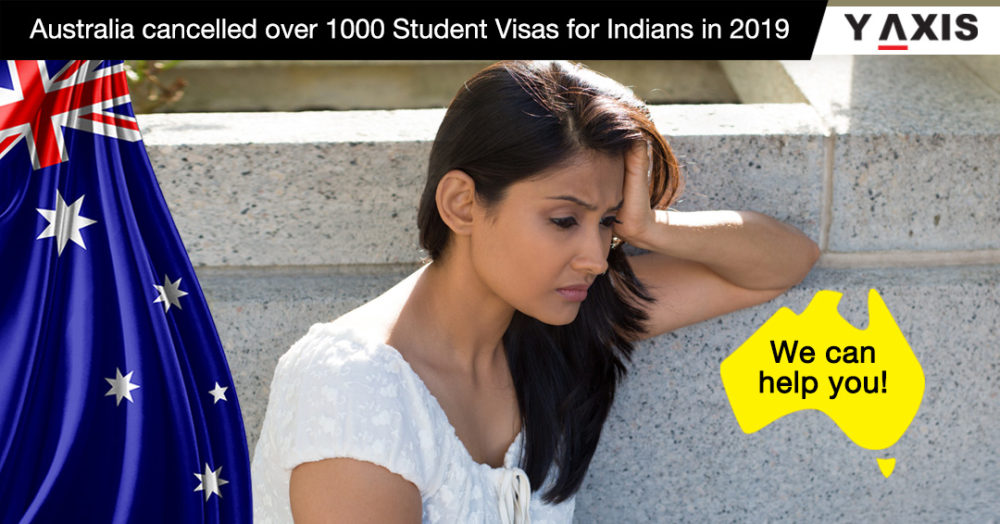 Australia cancelled thousands of Student Visas last year for numerous reasons, including falsification of documents and not complying with visa conditions. 1,100 Student Visas for Indian students were cancelled by the Dept. of Home Affairs. Only China and South Korea had more cancellations than India.

Lovepreet Singh from India had his Student Visa cancelled for failing to enrol in a registered course of study within six months of arriving in Australia. His Student Visa was cancelled in May 2019. While cancelling his Visa, the Tribunal found that Mr Singh was never a genuine student. He had only applied for the Student Visa to gain entry to Australia and not for pursuing his studies.

The Federal Circuit Court of Australia also upheld the decision of the Tribunal citing several breaches of his Student Visa conditions.

Immigration Experts say that non-compliance with Student Visa conditions is the most common reason for cancellation. For instance, an Australian Student Visa allows an international student to work part-time for 20 hours a week while studying. However, many Indian students work way more than that resulting in a breach.

Another common breach is that many students fail to inform the DHA about the changes in their circumstances within the stipulated 14 days.

Also, sometimes international students enrol at an inappropriate level of study in Australia. That can also lead to the cancellation of their CoE (Confirmation of Enrolment).

Other grounds that can lead to Student Visa cancellations are falsification of documents and the failure to meet character requirements.

Despite the cancellation numbers increasing in 2019, Australia is still a very popular choice among Indian students. Immigration Experts say that international students who comply with the visa regulations have nothing to be concerned.

Over 100,000 Indian students enrolled in Australian educational institutions in 2018-2019. Compared to that, 1157 cancellations is not very alarming.

International students must be aware that breaching visa conditions can result in serious consequences. However, those who are compliant have nothing to fear. Such cancellations should not put you off your dream of studying abroad. Rather, you should thoroughly research your visa conditions and take a step in the right direction.

Australia is recruiting 5,000 new migrants under the Global Talent Visa