Asian Migrants to Surpass Hispanics in the U.S! 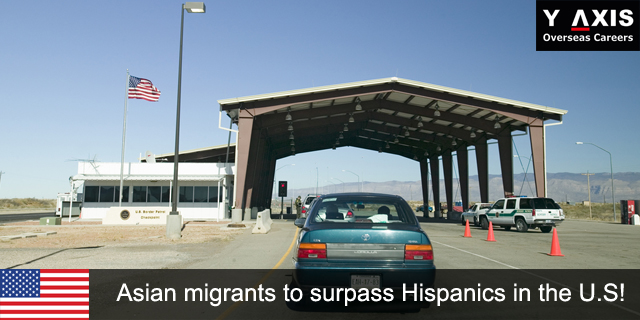 A recent research revealed that the United States of America will have a greater number of Asian immigrants by the year 2065. This information was revealed by the report given out by the Pew Research Center on Monday. In general there is a total of 14 percent of immigrants residing in the United States at present which used to be only 5 percent in 1965.

What is it going to be?

The changes that will be seen in this regard will bring 36 percent of Asians followed by 34 percent of Hispanics, 18 percent of white immigrants  and finally the black immigrants will be left at a small amount that ranges from 9-8 percent. The significant change will be seen majorly in terms of the populations of Hispanics and Asians alone.

From their current population size at 47 percent of the total U.S populations, the Hispanics are likely to come down to 31 percent by the year 2065 where as the Asians who are presently at 26 percent will come up to 38 percent in the next fifty years. The research also revealed the major reasons behind this significant change.

The reason for this change

It has been said that increased fertility of women in Mexico and Latin America. Earlier Mexican women were following a trend where every woman has a minimum of seven children each. This was a situation during the 1960s and 1970s. now there is a drastic change in this aspect where each Mexican women is preferring to have not more than two children.

The opinion of America