Non-EU Students Can No Longer Work While Studying In UK! 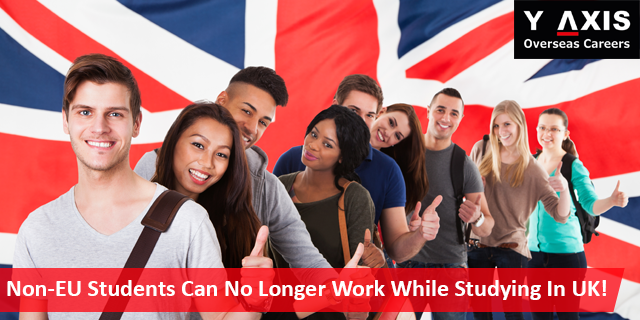 UK takes away the opportunity to work from students who do not come from the European Union. So, now students from countries like India cannot work while studying in UK. This decision of Britain serves as a severe blow to the Non-EU immigrants, who formed a significant part [121,000] of the immigrant population last year.

By implementing this measure, Home Secretary Theresa May, hopes to prevent illegal immigrants, who use colleges as a means to misuse their study visa. The British government has identified 870 bogus colleges and warned them against accepting admissions of students from non-EU countries. By the next month the condition will be further extended for such students.

No More Work For Foreign Students

Those who come to get educated in the publicly funded education colleges in UK, will have to give up 10 working hours in a week. This was an announcement made by UK Immigration Minister James Brokenshire.

As reported by The Times of India, he said “Hardworking taxpayers who are helping to pay for publicly funded colleges expect them to be providing top class education, not a backdoor to a British work visa.”

As part of these changes, students coming on a visa for further education, cannot stay in the country beyond two years. Earlier, they were allowed a period of three years.

To add to this, the chefs and nurses from India must fulfill a salary threshold of   £35,000 to continue working in UK.

Source: The Times of India