The US bans 11 firms from applying for H-1B visas 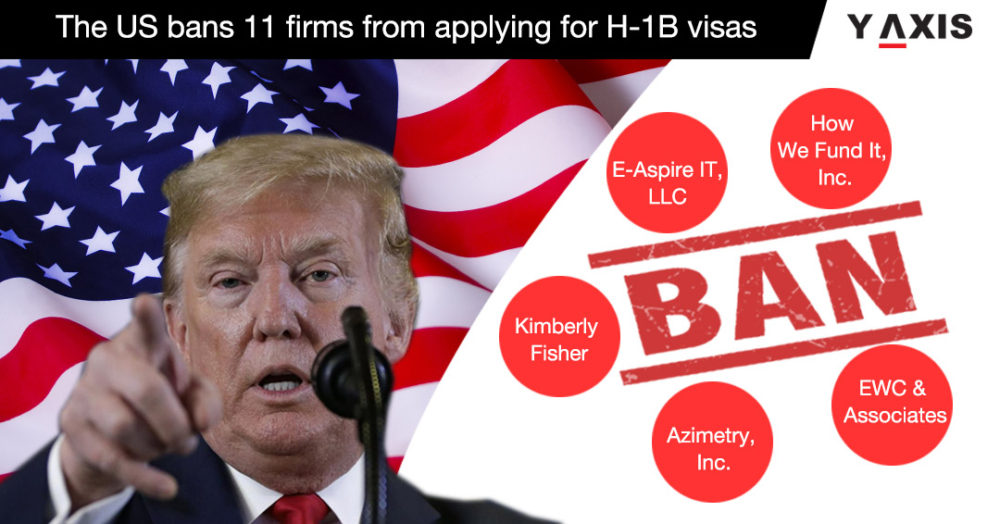 The US Department of Labour bans 11 firms from filing H-1B petitions. 6 out of the 11 found to be willful violators.

In December 2019, the US Department of Labour released a list of 11 firms that had been currently banned from applying for H-1B visas. These firms were often used by Indian workers.

The period that the ban is expected to last varies from firm to firm. While the disbarment period of some is for a few months, others have been banned for about 2 years.

Out of the total 11 firms that were mentioned by the US Department of Labour, 6 were termed to be “willful violators”. By a willful violation is implied a failure to comply with the stipulated criteria in place to apply for a H-1B visa. These firms also had various Labour Department investigations pending against them.

As per a Fact Sheet released by the US Department of Labour, for a firm to be considered as eligible to apply for H-1B visas for temporary high-skilled foreign workers, the firm must successfully meet certain criteria. An employer filing for H-1B must have made substantive attempts for recruiting US workers. Also, the employer must not have displaced any US worker at the time that the H-1B application is filed.

Those employers filing for H-1B are found to be willful violators that have either misrepresented the facts or found a way around the rules.

These 11 firms on the US Department of Labour list are –