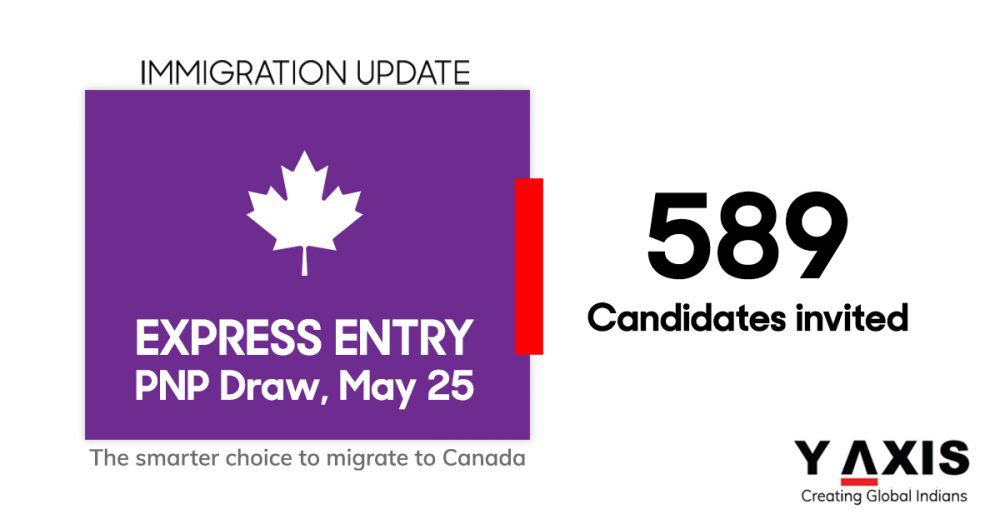 A new Express Entry draw has been held in Canada on May 25, 2022 in which 589 candidates have been invited under Provincial Nominee Program to migrate to Canada. The minimum score for this draw is 741. The invitation has been sent only to those candidates who have received the provincial nominations. The CRS cut-off of this draw is little lower than the previous draw.

The table below will show all the details of the draw:

Express Entry draw for CEC and FSWP candidates will resume in early July as stated by the Canadian immigration minister Sean Fraser. The minister has also said that the processing of the Express Entry application will be processed with the standard of six months.