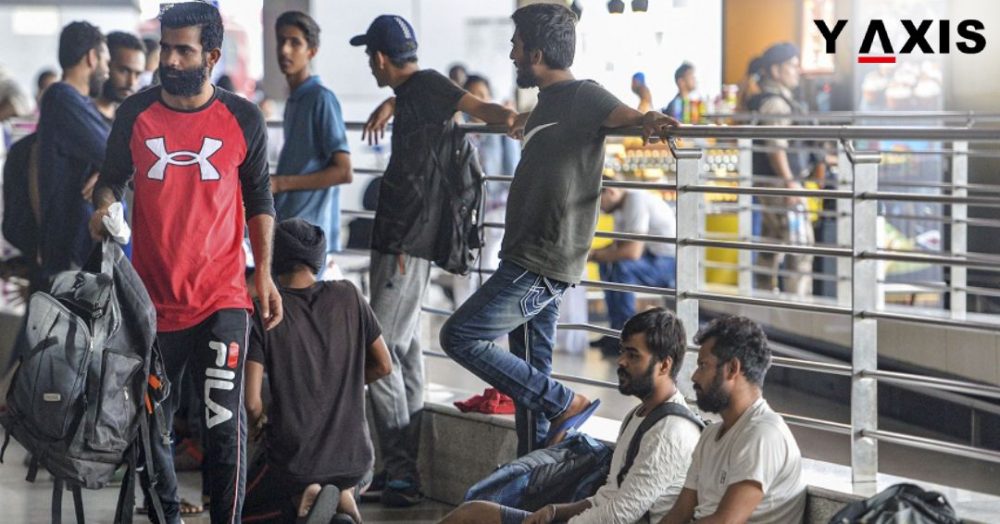 In October 2019, Mexico deported 311 Indians, including a woman.

Send to India on a Boeing 747 chartered flight, their flight landed at the Indira Gandhi International Airport in New Delhi at around 5 am in the morning of October 18, 2019.

74 Mexican officials accompanied the 311 Indians that were deported.

Most of the deportees belong to Punjab and Haryana.

Spending lakhs of rupees for an overseas dream, they were sent home after the Mexican immigration authorities apprehended them illegally entering Mexico with the aim of sneaking into the U.S.

The flight in which they returned was of 11 hours in duration, from Mexico to Spain, then onwards to New Delhi.

As per a Press Release by Mexico’s National Migration Institute (INM), these Indian nationals did not have a condition of regular stay in the country and were hence deported from the Toluca International Airport, Mexico.

While the flight landed at around 5 am, with the formalities taking up much time, the deportees could finally exit the airport somewhere around 1 pm.

These 310 Indian men and 1 woman did not have the proper documents for staying in Mexico. Their deportation was arranged following the verification process of their identities with the Indian authorities.

After being picked up, they were taken by the immigration officials to the Acayucan migration station situated in Veracruz before being put on the chartered flight to India.

In June 2019, pressurized by the tariff threats by President Trump, Mexico had agreed to step up the immigration enforcement at its borders. As per the agreement between Mexico and the U.S., taking note of the increase in migrants that begin from Central America, pass through Mexico, and move on to the U.S., there was a need for resolving the situation. For this, both the governments had agreed to work together for implementing “a durable solution”.