IRCC warns against the marriage of convenience for Canada PR 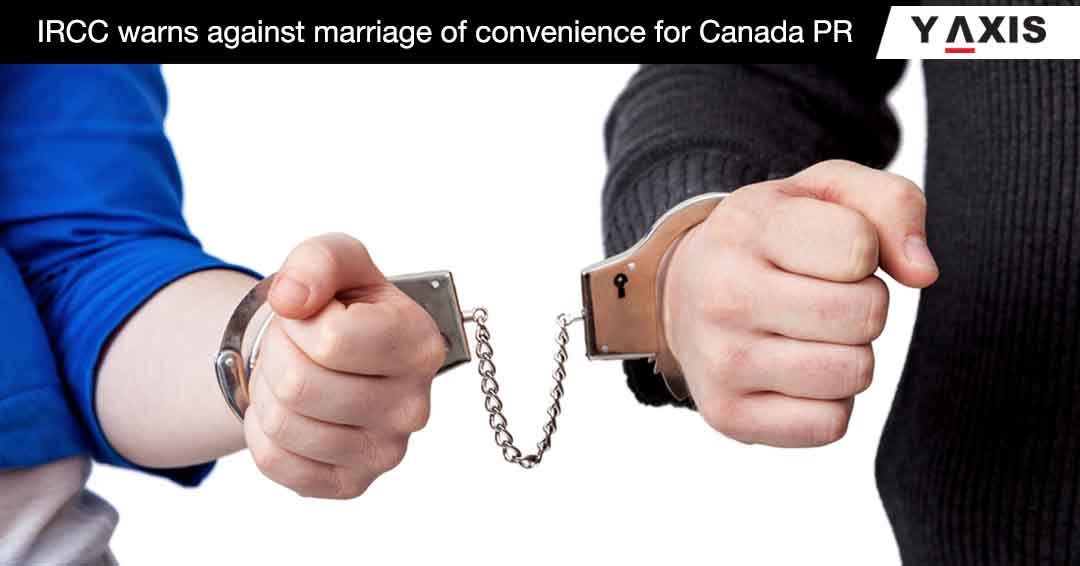 Taking serious note of “marriages of convenience” that many regard to be their quick route to Canada, the government of Canada has issued an advisory for the same.

According to the Canadian government’s advisory, an individual ought to be cautious of marrying a foreign national and sponsoring them to come over to Canada, especially in cases wherein the person that they have either met online or while travelling –

If a Canadian sponsors their spouse, they will have to provide them financial support for 3 years. The spouse must be financially supported even if the relationship or the marriage fails.

In situations wherein the sponsored spouse uses social assistance, their Canadian spouse sponsoring them will be required to repay the money. Until the debt is repaid, the sponsor cannot take on anyone else for sponsorship.

There are many ways – document checks, interviews with applicants and sponsors etc. – through which marriage frauds can be discovered.

Sponsors are advised against being lured by offers of money or other rewards for marrying someone only for helping that individual immigrate to Canada.

Not only will the sponsor be expected to meet the terms of the sponsorship, they might face serious criminal charges as well.

Irrespective of the reason or motivation, no one can help anyone by getting them Canada permanent residence through a marriage of convenience. It is simply not worth the risk.

Visa applicants that are found to be involved in a marriage of convenience or false marriage for the sake of Canada immigration will have their visa refused by Immigration, Refugees and Immigration Canada [IRCC]. Such visa applicants might also be banned from travelling to Canada for 5 years.

Moreover, this instance will remain on their immigration record forever.

Anyone that enters into a marriage of convenience to come to Canada might be deported or not allowed to enter Canada for 5 years. Legal action might also be taken against them.

Immigration, when not done the right way, can have both serious as well as far-reaching consequences.

With Y-Axis, you can get it right the first time!

If you found this blog engaging, you may also like it…Ambala youth duped by fake promise of Canada job offer