Immigration firm directed to pay up for not getting Canada PR 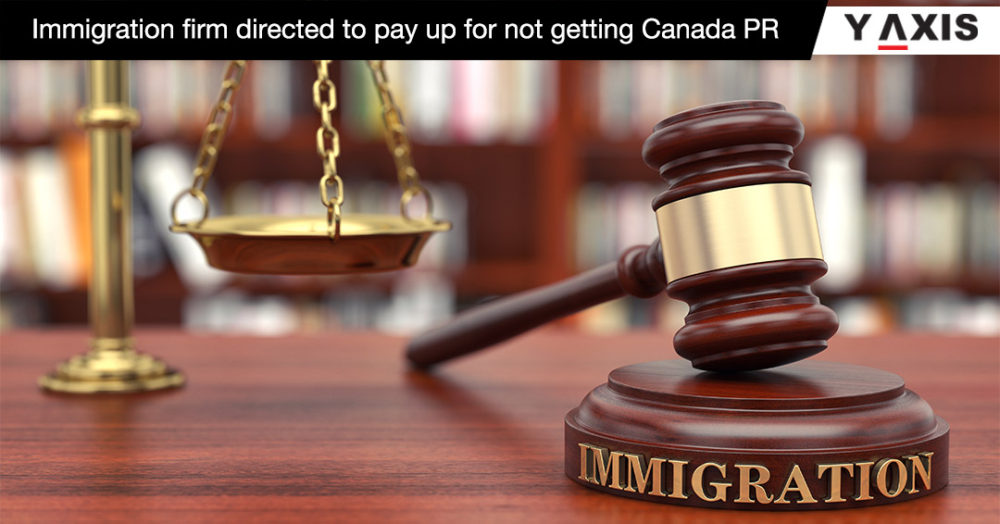 In September 2019, an immigration firm – Global Gateways – in Chandigarh was directed by the District Consumer Disputes Redressal Forum to pay a total of INR 45,708 to Manisha Rani with reference to her Canada PR processing.

Of the total amount to be paid by Global Gateways, while INR 12,000 was to be a penalty for failure to get Canada permanent resident status for the complainant, INR 33,708 was to be paid as a refund towards the services.

Manisha Rani, resident of Sector 19 in Panchkula, had levied allegations against Global Gateways, in Sector 22 of Chandigarh, of luring her with many favourable projections made regarding the Canada immigration visa success rate. According to the complainant, she had signed up for the services on September 14, 2013, and paid Global Gateways INR 33,708 towards the same.

Later, Global Gateways informed Manisha Rani that her Canada PR visa file could not be processed as due to changes made in the rules by the Canadian government, the complainant was no longer eligible for Canada PR.

According to the complainant, she then requested Global Gateways to return the file to her, along with the refund amount after making the required deductions. Nevertheless, Global Gateways returned neither the money nor the file.

Following this, Manisha Rani served Global Gateways a legal notice in this regard on September 27, 2018.

Taking cognizance of the facts of the matter, the District Consumer Disputes Redressal Forum stated that this act of Global Gateways does draw an “adverse inference against them”. According to the Forum, the non-appearance by Global Gateways shows that they have nothing to say in their defence to counter the allegations made by the complainant.

Further, the Forum laid down that the ex parte finds that there is no reason to discard the evidence, even if the evidence is one-sided.

As per the Forum, the consumer complaint indeed deserved to succeed and was allowed in part. Accordingly, Global Gateways was directed to pay INR 45,708 to Manisha Rani – INR 12,000 as a penalty, and INR 33,708 as a refund towards the amount paid by the complainant.

If you are looking to Work, Visit, Invest, Study, or Migrate to Canada, talk to Y-Axis, the World’s No. 1 Immigration & Visa Company.

If you found this blog engaging, you may also like …Hyderabad: Your job offer abroad could be a scam