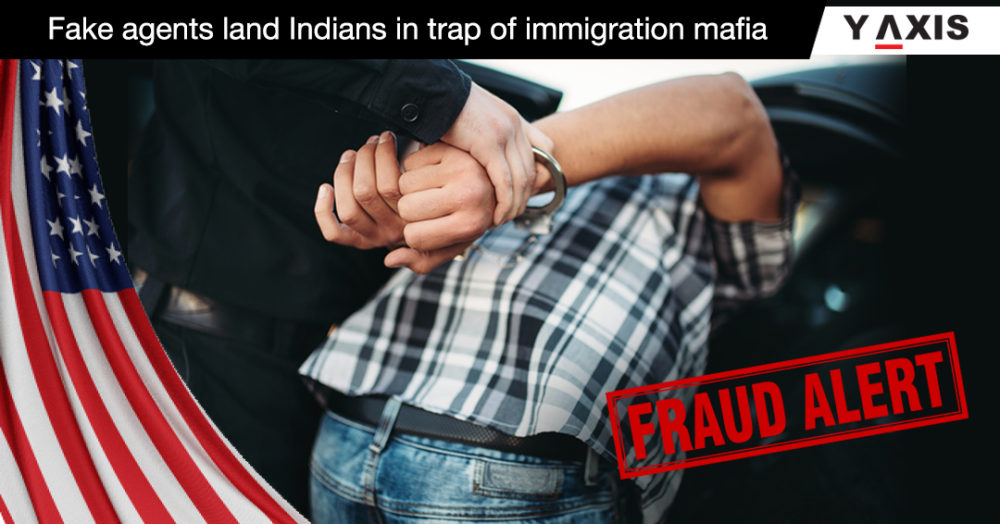 Taking the illegal route to the US landed certain Indians in trouble abroad. Fake immigration agents in India duped unsuspecting Indians into seeking entry into the US illegally. Taking the Mexico route to enter the US, these Indians fell in the hands of immigration mafia.

Recently, videos have surfaced in which 3 Indian youths can be seen to be taken captive by certain masked men talking in Spanish. All for the sake of extorting money from their parents back home in India. These youths from India were lured to the US by fake promises of getting them settled in the US on a work permit.

Apparently, the 3 young men who can be seen in the video belong to the northern part of India, as they appear to be addressing the camera in Hindi, with a Haryanvi accent.

Identities of these Indians could not be established. There is also no information as to their whereabouts.

In the recent past, many Indians have been deported by the US in cases of immigration fraud. On November 20, 2019, as many as 145 Indians were deported to India by the US authorities. All the deported Indians were between 20 to 35 years in age. They landed at the Indira Gandhi International Airport in Delhi.

Similarly, in October 2019, Mexico deported 311 Indians in a major transatlantic deportation. The deportees arrived in New Delhi at around 5 am on October 18, 2019.

Immigration is a significant investment for the most of us. An investment of time as well as money.

Always make sure that you seek immigration advice only from registered and authorized agents. Be cautious of anyone offering you too-good-to-be-true deals for any country. Such deals are more than often just that. Not true, that is.

For expert assistance and unbiased guidance to an overseas career, get in touch with us today!

Avail Free Counseling to explore the options available before you.

Don’t risk your future. Get it right with Y-Axis.