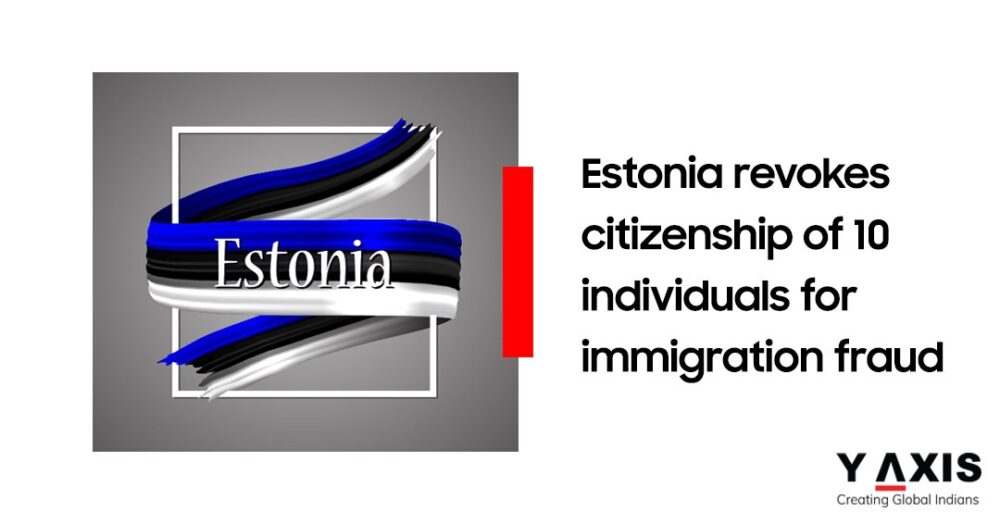 As per an official statement dated September 17, 2020, by Estonia’s Siseministeerium [Ministry of the Interior], the Estonian government has taken way the citizenship of the Republic of Estonia obtained by dishonest means from 10 individuals.

The decision in this regard was taken in the September 17 sitting of the Ministry of the Interior. The revocation of Estonian citizenship from 10 individuals followed their having submitted false information at the time of applying for the citizenship of Estonia.

As per the official statement, this deprivation of citizenship concerned people that had acquired Estonian citizenship through the process of naturalization.

In the past, a revocation of Estonian citizenship by a decision of the Estonian Government has occurred only on one previous occasion, in 2016.

It was in 2015 that a thorough investigation was launched, leading to the present revocation of citizenship of 10 individuals. The Police and Border Guard Board established that in the period 2013-15, a criminal group committed an extensive fraud. This fraud involved individuals receiving Estonian citizenship by illegal means without their meeting the requirements as per the Estonian law.

It was found, during the course of the investigations, that the individuals involved in the fraud did not themselves pass the required Estonian language and other exams. Later, these individuals supplied false and misleading information to the concerned authorities about having passed the exams.

As per the Minister of the Interior Mart Helme, “Persons who have deceived the state and obtained Estonian citizenship and the related rights in an dishonest way will be identified sooner or later and will have to be held accountable for their actions.”

The Minister further clarified, “No person was easily deprived of his citizenship. First, everyone was given the opportunity to take the required exams in a fair manner within a reasonable time, and this deadline was extended if necessary. If a person did not pass the examinations and did not submit the relevant certificates within the prescribed period, the Ministry of the Interior proposed to the Government of the Republic to deprive such a person of Estonian citizenship.”

As per the official statement, the 10 individuals that had lost their Estonian citizenship could apply for a temporary residence permit for the purposes of staying within the country and residing in Estonia.

Estonia, the latest country to create a digital nomad visa