Consequences of misrepresenting facts in immigration 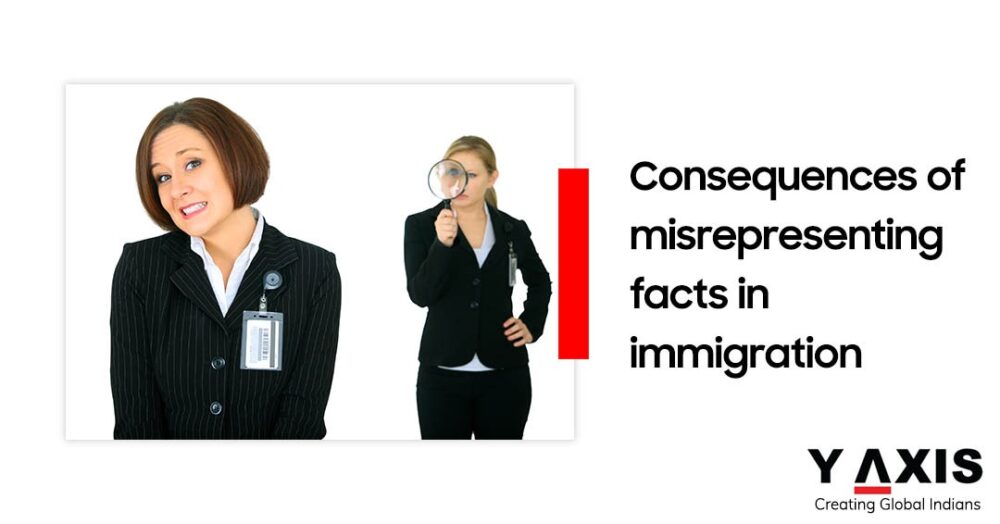 Immigration can be tricky, if not done the right way. Misrepresentation of facts and exaggeration can do more harm than good. There can be serious consequences of deliberate lying during the immigration process to any country.

Any individual seeking a benefit under the immigration law of any country is required to submit an application for the same. Generally, the application to be submitted is a written one and can be for either citizenship, permanent residency, or a visa.

During the course of the processing of the application, the individual will usually be expected to appear in person for a face-to-face interview with an immigration officer at the consulate of the country concerned. Typically, the personal interview is merely for the sake of confirming all that has already been put down in the application by the individual.

At times, the applicant might end up making statements that are far from the truth. This misrepresentation of facts can either be wilful or deliberate, or simply out of confusion or getting mixed up under the circumstances.

Simple misunderstandings and mistakes made by the applicant during the personal interview are generally not a cause for concern as such. However, deliberately attempting to deceive the immigration official handling the interview or downright lying can lead to serious and far-reaching consequences.

How far the deliberate deception affects the individual will depend on various factors, including the reason behind lying.

If applying for a visa, the application of such an individual might be turned down. In certain extreme situations, this can also lead to the person being deemed to be permanently inadmissible into the country.

Deception in immigration, when discovered later on, can lead to the person being deported from the country.

Always be careful regarding what you put down in your immigration application, regardless of whether it is for a visa or for permanent resident status. Take special note of important dates that you mention in your application, as these are usually later cross-checked by the immigration official in the interview.

Y-Axis offers expert guidance and assistance for submitting a Decision Ready Application with confidence. Get it right the first time itself!

If you are looking to Migrate, Work, Invest, Visit, or Study Overseas, talk to Y-Axis, the World’s No. 1 Immigration & Visa Company.

Is taking immigration advice from friends worth it?