Common US immigration scams & how to avoid them 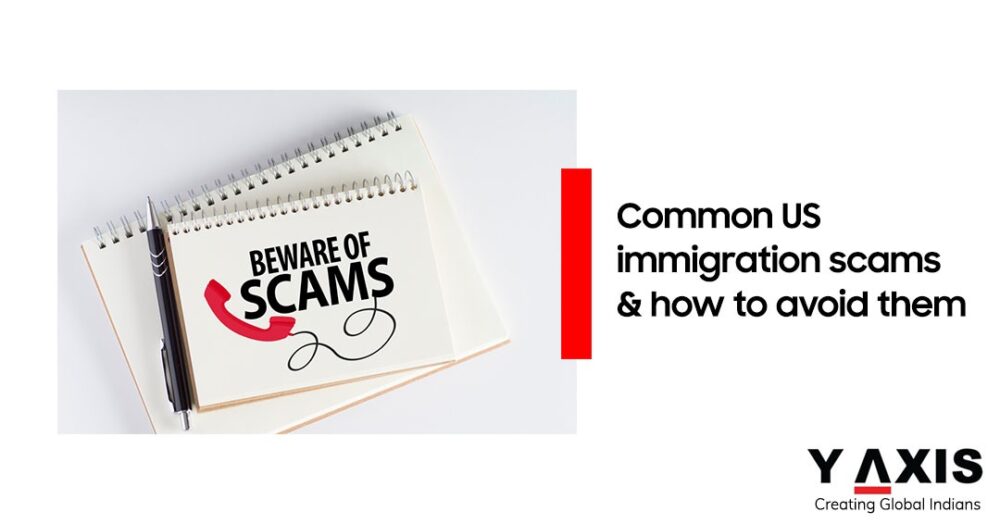 With the ever-increasing number of individuals crossing international borders in pursuit of better opportunities abroad, there has been a rise in various immigration scams to a certain extent.

For an immigrant, it is recommended to be on the lookout for potential immigration scams and frauds that can lead to far-reaching consequences, affecting them as well as their families.

Common US immigration scams include deportation threats, fake phone calls from someone posing as a government official, scam websites etc.

Typically, in US immigration scams involving deportation threats, there might be fake ICE agents troubling immigrants, often handing out fake warrants as well.

Such agents usually ask for money in exchange for the immigrant being let off without an arrest.

Do keep in mind that a genuine agent would never ask for money as a way of avoiding arrest.

In US immigration scams through scam websites, the unsuspecting victim is asked to fill up an online immigration form and supposedly pay “USCIS fees” through a fake or scam website. Usually, the fake official-looking website is quite similar to official websites of the US government.

While an individual believes that their immigration fees has been paid, the money has in reality made its way to scammers.

Here, a call is placed from someone claiming to belong to the Department of Homeland Security [DHS]. Though appearing to be a genuine legitimate call, the caller is a scammer instead.

In phone scams targeting immigrants, either personal information is required or payment is asked to be made, supposedly to US immigration officials.

Always keep in mind that USCIS – United States Citizenship and Immigration Services [USCIS] – will never ask for personal information or payment over a phone call.

Red flags to watch out for

If you are looking to Migrate, Work, Invest, Visit, or Study Overseas, talk to Y-Axis, the World’s No. 1 Immigration & Visa Company.

Is taking immigration advice from friends worth it?