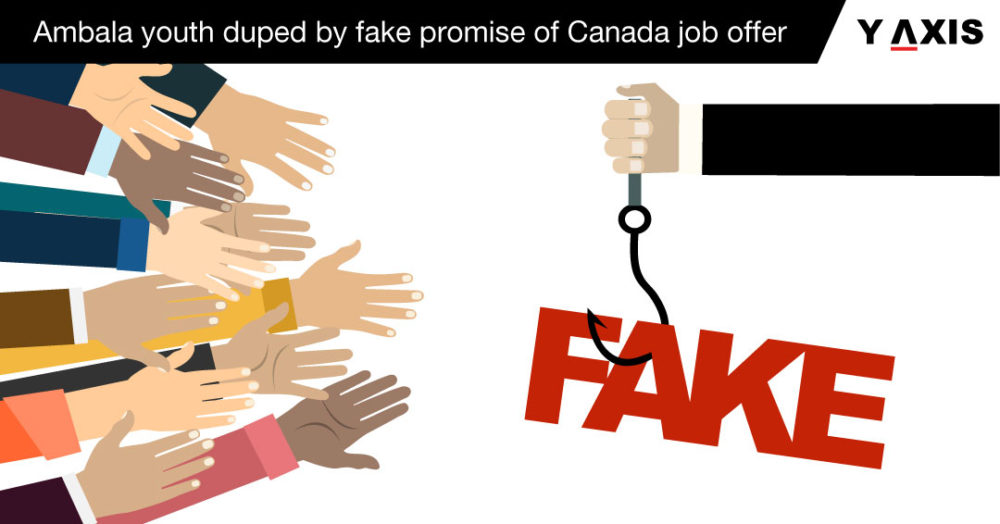 As reported by The Times of India, in another immigration fraud unearthed from Ambala, a person has been held for cheating a youth of INR 36.79 lakh.

The accused, Rohit from village Rajouli in Ambala district, along with certain of his accomplices, had promised to get the complainant settled in Canada.

In a latest development, a local court had sent the accused to police remand for further investigation.

It was on July 24, 2019, that Gourav Kumar, from village Rava in district Kurukshetra, lodged a complaint against 5 accused for immigration fraud. These were identified as – Gurwinder Singh Cheema, Satnam Kaur [wife of Cheema], Rohit Nagpal, Manoj Arora, and Amit Chawla.

As alleged by Gourav, he was a BTech, unemployed, and looking for work overseas options. Amit Chawla, his elder brother’s friend, told Gourav that one Gurwinder Singh Cheema of Barara could send people abroad.

According to Gourav, on April 20, 2029, Amit arranged a meeting between Gourav and Gurwinder at a shop in Barara. Gurwinder’s wife, Satnam, was also present at the meeting. Gurwinder and Satnam informed Gourav that they could get him a Canada work visa. They told him that they would be working with their partners – Manoj Arora and Rohit Nagpal – for arranging the Canada work visa for Gourav.

On June 3, 2019, informing Gourav that all processing has been completed, they took him to Delhi. On the way to Delhi, they gave Gourav USD 5,000 as money exchange.

The next day in Delhi, Gourav met Sandeep, also known as Rajan, who was said to be accompanying Gourav on his onwards journey.

Then, they took Gourav to Bangkok. On reaching there on June 5, 2019, they arranged a meeting with SK Chauhan who, as per Sandeep, was to arrange for him his Canada work visa.

The accused asked Gourav to lie to his parents in India, telling them that he had safely reached Canada.

Taking Gourav to his house in Bangkok, Chauhan snatched away Gourav’s mobile as well as the USD 5,000 given earlier. Gourav was then locked into a room and assaulted.

The accused forced Gourav to ask his parents to make the payment as he had safely reached Canada.

Section 24 [offences and penalties] of the Immigration Act was later added to the case in the course of the investigation.

As per Inspector Narender, the Station House Officer [SHO] at Naraingarh, Gurwinder, Sandeep and Rohit had been arrested so far. Some recovery of cash has been made as well.

Arrests of the other 2 were pending.

Always be cautious of someone offering you too-good-to-be-true immigration deals for any country.

It is always advisable to choose registered immigration and visa consultants that can give you unbiased advice that you can trust.